Super Cup Championship Series Back for the Fall Session JConcepts continues the winning ways as the Fall Session of the Super Cup Championship Series begins.

Round 1 of the 2011 Super Cup Series was held on August 27 at Shiverville Raceway. Located on the property of Ken Shiver, north of Gainesville, FL, set within the trees making the summer heat a non-issue. Saturday brought out 144 entries for a record turnout at Shiverville to contest all the electric classes offered at the Super Cup.
As the day rolled on, the track conditions changed making the second round of qualifying the faster round. For some that had problems in round two, round one didn’t help them for a spot in the A-main because of the speed of the racing surface. Two bump-up spots were up for grabs, as the lower mains ran, leading up to the A-main.

Stock 2wd Buggy was the first A-Main to attack the course. The front, lead pack broke away and at about the half way point, the battle began. Dave Bowser held the lead, but a mistake brought Mike Applegate to the point. A few attempts by Bowser to take back the position failed. And at one point, Bowser showed great sportsmanship allowing a marshal to attend to Applegate’s car, and Bowser waited on him. Quickly they were back at it, with Michael Bruce waiting for a break to slide into a contending position. A slight bobble by Applegate allowed Bowser to get a run, and retake the lead, with only a few laps remaining. In the end it was Dave Bowser, Mike Applegate, and Michael Bruce rounding out the podium. Congratulations to Austin Venezia, who bumped all the way from the C, to the A, with a little help from his dad. The top 3 drivers in this class chose JConcepts products all weekend. Dave Bowser was running the Hi-Flow body, 6.5” HD rear wing and Bar Codes tires led the field, Mike Applegate and Michael Bruce also choose the Bar Codes tires front and rear.

TQ driver Walter Cruz took the early lead and began pulling away from the field with consistent driving. As Walter began to stretch the lead even further, a mechanical problem arose with the vehicle which allowed Kory Ferguson to take a big lead. Kory maintained his big lead and crossed the line taking the win, Rob Bowser finished 2nd and Mathew Scott finished in 3rd. Kory led the field utilizing the Double Dees front and rear tire combination on his X-Factory X-60 truck.

Next up, the 2wd modified buggy A-main took the starting grid. JR Mitch, who suffered breakage in the fast round of qualifying had to bump from the B-main to take his place among the 2wd elite. TQ, Jason Ruona sat out front with a freshly prepared B4.1 buggy. At the tone, it was Ruona, Paul Wynn, and Ryan Eckert in a freight train around the track, slightly breaking away from the pack. With a little bit of breathing room between 2nd and 3rd, Wynn started putting pressure on the leader Ruona. Ruona held his ground, and continued to stay on point. JR Mitch was working his way through the field, hunting down the leaders and moved into the top 3. With JR closing in, Wynn put on another push to the front and gained the lead for a brief moment only to give it back to Ruona after a lap.

With a minute left, it was a three way battle. JR made a move and got by Paul, moved into 2nd and was out for 1st place. Paul Wynn got caught at the line and only 1st and 2nd place made the final lap. With the crowd cheering on the drivers Ruona and Mitch put on a 1-lap show to the finish. Mitch got a great run up to the triangle table-top and made a jump-pass on Ruona going into the double-apex turn directly in front of the drivers stand. Ruona charged back hard with a hero jump parallel with the driver stand, jumping past Mitch who was attempting to make-up some room on the ground. Mitch accelerated so hard toward a roller-single tumbling in the process, allowing Ruona to escape by and round the next 2 corners to take a well deserved 1st place. JR Mitch finished 2nd and Paul Wynn 3rd. All 3 drivers relied on JConcepts all weekend long. Finnisher body, Hi-Clearance rear wing, Bar Codes tires in blue compound finished off the top 3 vehicles.

Zack Genova was Mr. 4wd all weekend taking the TQ. At the start of the main Zack grabbed a huge advantage and pushed his B44.1 to the limits setting the new fastest lap-time on several occasions. Sherwin Diaz attempted to hang tough but at the end of the 6 minute main Zack had taken nearly a lap-lead. Zack Genova took the win, Sherwin Diaz finished 2nd and Lance Manfredi finished in 3rd. Zack Genova ran the Finnisher body, Hi-Clearance wing and Double Dees combination all weekend.

The hotly contested Pro 2 Stock was the largest class, with 42 entries. Setting up the final, drivers had several chances to bump up from the lower main. When the A took off, it was close racing with many challenges for the top positions. As with most stock racing, many clumps of smaller battles emerged within the race. Drivers fought hard for every position, and one mistake could cost three spots. As the race spaced out, in the end, Dave Bowser claimed his second class win for the day. Followed by Billy Bruce, and Daimon Borkowicz. The top 3 drivers finished off their vehicles with the JConcepts Raptor body, Bar Codes tires and Rulux wheels.

Caleb Ohara was the driver to beat all weekend in the modified truck class taking the 2nd round TQ. At the tone Caleb was gone, looking surperbly confident with his T4.1 truck turning many fast-lap times. At the end the race, Caleb slowed the pace taking a relatively concervative win, Dave Dominguez finished 2nd and Ron Beabout finished in 3rd.

Pro 4 belonged to Ricky Layman all weekend. Ricky checked out at the start and never looked back on his way to a big victory. Finishing 2nd was Christopher Viesins and Walter Cruz in 3rd.

A great day of racing and great weather. Congratulations to all of the winners in every class, and every participant for making this a great event. See you at the next Super Cup, September 24th in Coral Springs. 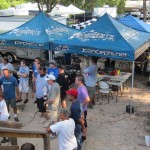 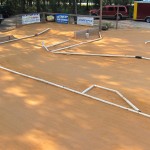 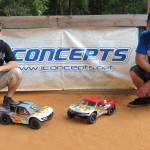 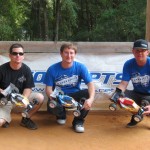 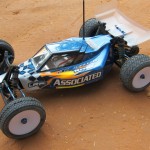 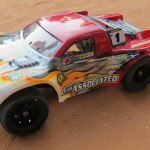 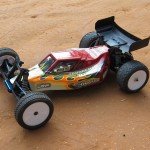 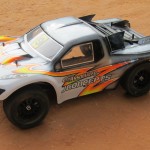 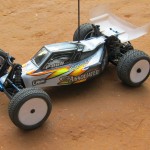