It’s a California thing! That is my mindset as I head out to Huntington Beach, CA for the Spring Indoor Nationals at OCRC Raceway. This is where the big boys play and the weather and racing is 2nd to none. I’m looking forward to fellow Florida racer, Dave Duncan joining me out here on Thursday for some practice for our annual trip to Southern California.

At the first Indoor Nationals race back in February we raced at SmacTrac in St. Louis, MO and the competition was tough. Brent Thielke, Tanner Denney and JP Richards put on a great show in all classes and are sitting in a great position in series standings. The series is 3 out of 4 so things are going to be tight all the way to the end.

OCRC is Steven Hartson’s house on a regular basis and he will more than likely complete the whole Indoor series from here on out. He has less room for error being he has no drops but I don’t think he is worried.

Brian Kinwald will be here making what I believe is his first visit to OCRC and I look forward to catching up with him on the latest setups and seeing him run after having the complete AE line now for about a month. I’m going to get a rare interview with BK this weekend as well.

We’ve had a hell of a year so far and it’s going by so fast. The race victories are coming to us this year as our team has expanded but Maifield has been on fire recently. I’ve seen Maifield do his thing for quite a while now but the Silver State victory was impressive. Him and Cody going back and forth on the bumpy track for 45 minutes was amazing to watch and thanks to Live R/C I got to see it all.

It almost seems like every week now is the king of the hill situation. There are so many events and the competition is so strong anything can happen and we are just happy to be apart of it. It’s almost time for Neobuggy, Redrc and the other media outlets to have world rankings or at the very minimum a weekly power poll. Should it be a combined power poll for electric and nitro or separate? I would think separate would be the best.

Anyways, it’s a long flight to Vegas from Orlando so don’t be surprised to see more updates soon. 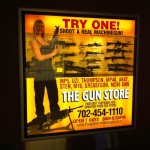 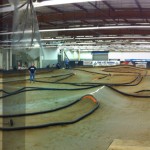