Once again JConcepts was on the road as we headed south to beautiful Palm Beach Gardens, FL and Bashers R/C Raceway for round #2 of the Short Course Kings Series. Bashers welcomed us with a great new layout that was already grooved up and ready for racing action. Practice got underway early Saturday morning with many of the racers running Bar Codes and or Pressure Points in Blue compound.

With qualifying underway, all the usual suspects were in the hunt for that all important TQ position.

Pro2 Stock class saw Bruce Bennett, Shea Peterson, and Tracy Carver battle out for the top 3 positions with Bruce laying down a commanding qualifying performance in rd 2 to take the TQ position. In the A-main, Bruce took full advantage of his TQ position and checked out as the others battled it out behind him. The final finishing order was Bruce Bennett rocking JConcepts Bar Codes front and rear, Mark Paperero, and Shea Peterson rounding out the top 3.

Pro2 Super Stock had a great battle for the TQ position between JConcepts driver Billy Bruce, Bruce Bennett, and Eddie Rameriz. Billy set the tone early with an impressive run in the first round that wouldn’t be matched, but Bruce gave it shot in round 2 coming up just a couple of seconds short. Once again, the very important TQ spot prevailed as Billy checked out from the rest of the field to take the #1 spot ahead of Eddie and Bruce. Billy was decked out with JConcepts Blue Bar Codes on Hazard wheels and a JC Raptor X-Flo body.

Pro4 Mod class was the Chris Viesins show! This was Chris’s first official race as a JConcepts team driver and he didn’t disappoint! He dominated qualifying with an unbelievable TQ run that put him 2 laps ahead of 2nd place qualifier. The main event proved to be much of the same as Chris went on to win by a comfortable 2 lap margin while sporting JConcepts Pressure Points in Blue compound, JC Hi-Flow body, and Rulux SCT-E wheels.

Pro2 Mod class was insanely tight between JConcepts team drivers Paul Wynn and Daimon Borkowicz! All through qualifying Paul and Daimon were only seconds’ apart lap after lap, with Paul squeaking out the TQ spot by only .7th of a second. The TQ spot proved once again to be a major advantage as Paul got through the first turn clean as there was a major pile-up just behind him. Daimon got shuffled to the back of the field and had his work cut out for him, but he stayed very poised and quickly began working his way back to the front. When the dust settled, Daimon worked his way back to finish 2nd behind Paul and ahead of 3rd place finisher Mike Applegate. Both Paul and Daimon had their FT SC10’s decked out with JConcepts gear; JC Hi-Flow body, JC Hazard 3mm offset wheels, and JC Bar Codes front and rear!

Congrats to all the winners and special thanks to “SCK” series director Chad Cason and track owner Brian Buckley. 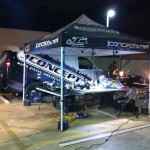 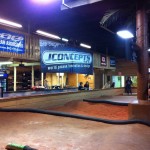 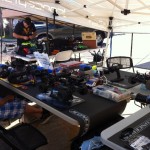 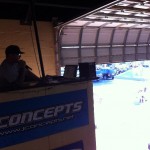 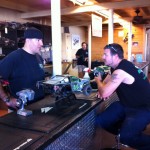 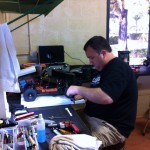 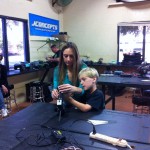 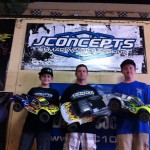