RC Excitement located just outside Boston area in Fitchburg, MA was the host of the 2016 Scotty Ernst Off-road Showdown, Round 1. I made the trip from Florida to represent JConcepts and to assist the race team attending the race. We had drivers from all around MA and other states near by.

The track was open all day Friday for practice. Doors opened 10am and drivers started at once getting the track layout down and going fast. The track layout was only a week or so new so everyone was on an even playing field. On Saturday, the doors opened at 7am for an hour or so of practice. Drivers meeting and racing started at 9am. With 203 total entries, it was going to be a long day to get through 3 rounds of qualifying. Scotty decided to run through the middle of round 3 and finish that round Sunday morning. On Sunday, the doors opened at 7am with the 2nd half of round 3 starting at 8am. After that round was complete, JConcepts team drivers were on top, taking TQ in 3 classes. Alex Kosciuszek in 2wd and 4wd mod buggy and John Cravotta in 4wd 13.5 buggy. Many other JConcepts drivers were in the A-main in their classes as well.

All and all the JConcepts team drivers did very well with solid A-main finishes. There were also many other drivers in all the classes using JConcepts tires. James Crammer with his TQ and win in the very competitive stock buggy class with his JConcepts equipped Team Associated B5M on green Smoothies front and rear.

Thanks again to Todd Anderson and crew from RC Excitement for hosting yet another perfect race weekend event and of course Mr. Scotty Enrst for running a flawless program. Thanks again for all that came out and raced. See you at the next one! 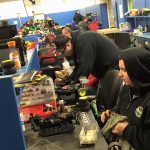 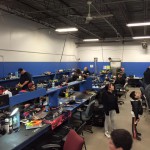 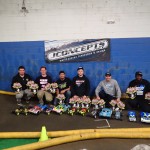 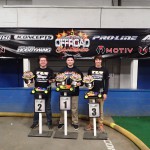 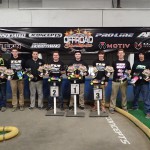 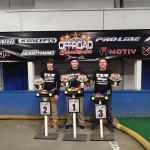 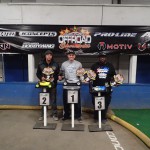 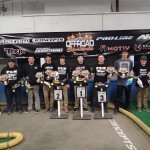 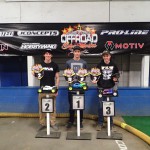