The 3rd annual JConcepts Clash kicked off at Lake Park in Lutz, Florida and the competition was hot and heavy as drivers from all over came to the hottest off-road event in Florida 3 years running.  The event started off very slowly with consistent rain on Thursday, severely limiting the practice on the quick and technical track layout.   As Friday came, the rains and weather disappeared but the conditions were still rather damp and the usually high bite surface was now a slick groove.   Friday morning, drivers were eager to practice and attacked the track trying to find the hottest driving lines and setups.

JConcepts tires, wheels, bodies and accessories had the hot hand all weekend as JR Mitch started things off with in the Modified Truck class with TQ and placing his T4 truck in the prime position for the A-main.  Although a control tire race in the 1/10th modified classes, Jared Tebo and JR Mitch TQ’ed the 2wd modified, 4wd modified and truck modified classes running the Double Dees combination.

Ryan Maifield, the defending 1/8th buggy champion put his stamp on the 1/8th truck class by TQ’ing in convincing fashion on the newly released Sevens in Blue compound.   Ryan also placed his RC8b in striking distance by qualifying in the second position with the brand new Double Dees V2 tire.    JR Mitch with his freshly built RC8e TQ’ed the electric 1/8th buggy class utilizing the Subcultures tire in blue compound.

Sunday was main day as drivers carefully evaluated the conditions and made changes to steadily changing surface and elements.   JR Mitch used the TQ position in the Modified Truck class to his advantage and won A-main #1 and #3 wrapping up his 3rd consecutive modified truck Clash title.

Ryan Maifield and Jared Tebo staged an epic battle in the 2wd modified class with Maifield winning A-main # 2 and 3 to clinch the title.   Ryan and Jared chose the JConcepts Bar Codes in blue compound in A-main #3 to do battle on the super blue groove afternoon conditions.   Ryan Maifield posted the quickest lap in any of the 2wd A-mains in A-3 with a 27.172.

In the 2wd Super Stock Class 2nd qualifier JP Richards mounted a fresh set of Bar Codes in blue compound for the 10 minute A-main and held a tight battle with TQ Leon McIntosh.   JP pulled a comfortable lead with only a few minutes to go but made a mistake allowing Leon to move in for a pass and they raced side by side.  Coming onto the straight away JP had the inside line but touched wheels with Leon sending him into the pit lane wall.  JP finished off the last lap adding another title to his already impressive list of racing wins.

1/8th truck TQ Ryan Maifield held a close battle with early leader JR Mitch throughout the A-main but while leading with 45 seconds to go a screw backed out jamming the rear brake assembly forcing him out early.   Ryan Cavalieri was right in position to take advantage and pick up the win with JConcepts driver JR Mitch finishing in the 2nd position.   6 out of 10 drivers in the A-main were running JConcepts tires, wheels and bodies.

1/8th buggy TQ Jared Tebo had a magnificent start with 2nd qualifier Ryan Maifield holding down the 2nd spot.   Ryan made an uncharacteristic mistake allowing Ryan Cavalieri and JR Mitch to move by into 2nd and 3rd place respectively.    Cavalieri was on the hunt and actually caught Tebo and made a move toward the end of the race and took over race lead with only a few laps to go.   Ryan made a mistake in the rhythm jump section and Tebo quickly drove by and finished off the last several laps on his way to another impressive weekend taking the overall win.   Ryan Cavalieri would finish 2nd and JR Mitch would finish 3rd.   5 out of 10 drivers in the A-main were running JConcepts tires, wheels and bodies. 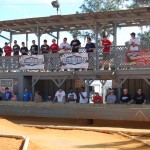 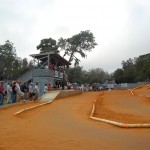 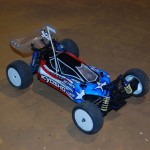 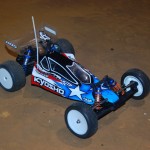 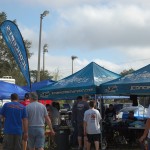 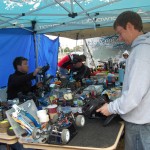 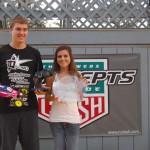 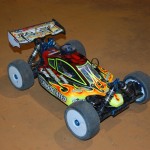 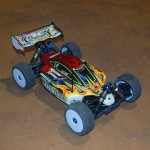 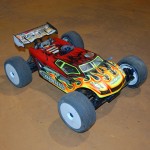 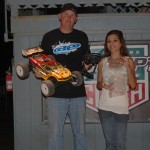 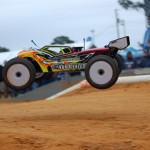 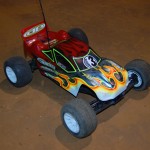 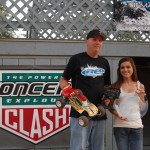 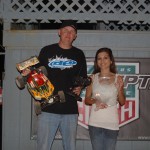 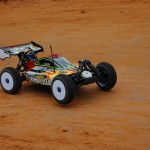 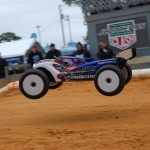 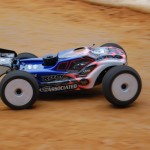 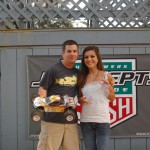 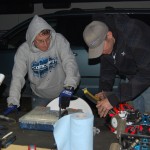 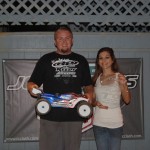 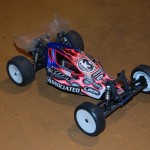 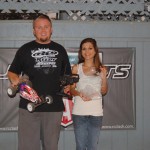