Another Punishing Weekend for Ryan Maifield and JConcepts

Kicking off ’10 in style the CRCRC club creates a 2-week home to some of the world’s fastest drivers competing for that first win of the New Year at the Annual Winter Midwest Championships.  JConcepts driver Ryan Maifield with his RC8T-CE won the 1/8th truck class and TQ’ed the 1/8th buggy class with JConcepts tires and accessories.  Also in on the action for JConcepts and AE was Florida driver JR Mitch. With both drivers having recent success at the JConcepts Clash, just a month earlier it was business as usual for this AE powerhouse.

In the 1/8th buggy class Ryan chose the JConcepts Bar Codes in blue compound to tackle the field in qualifying and the Double Dees V2 tire for the 45 minute A-main. JR Mitch utilizing the same combination qualified 5th in a field of heavy-weight contenders and was a factor throughout the main events.

In the 1/8th truck division, Ryan Maifield put his RC8T-CE out front early in the A-main running on the Sevens tire in blue compound.  Ryan, The “Truggy Master” had it on 100% attack – mode for the entire race, finishing a lap ahead of the competition. JR Mitch was running quick and was up front early, also on the Sevens in blue compound.  After 45 minutes of brutal action, Ryan cruised in for another well deserved win with JConcepts. 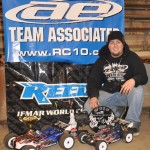 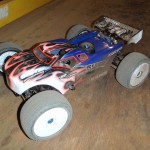 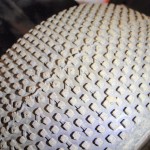 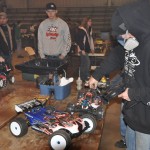 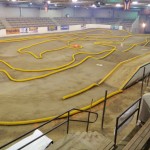