Short Course A-main
Ross got off to a pretty good start, however he would make a couple of bobbles and fell back to fourth. Midway through the 6 min Main Ross found himself in second behind the leader, they maintained the same pace and Ross never had a chance to pass. On the last lap after time expired, going into the back double double the first place driver got the second double a little bit wrong and Ross hit it right and was able to pass him in the last corner for the win.

Stock Buggy A-main
Ross started fourth on the grid, at the start there was a big pile up in the first corner, Ross managed to avoid all of that and found himself already in the second spot. Ross quickly caught up to the leader and passed him in the sweeper. Ross lead most of the main, however with one minute to go he got the back double double a little bit wrong and ended up on his lid and wasn’t quite able to catch first and ended up second.

Ross was pleased with his results and had this to say “The JConcepts gear worked great as always and the new Hi-Flow short course body was awesome.” 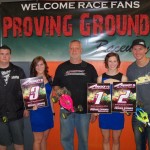 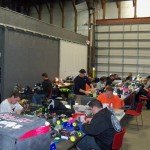 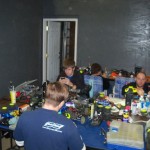 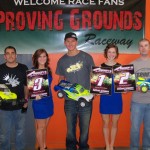