On the road… yet again. The 24th Annual Cactus Classic.

Randomness as I head out of town…

We are off once again on another trip and this time to the Cactus. I missed last year when Maifield won the 2wd and truck classes as Jon Faulkner attended the race and had so much success with Mans.

Zack Genova and I are once again representing JConcepts and Florida at this monster annual event. We are debuting a few new products this year and I’ll have more on that later on in the week. Right now we are drifting over some mountains from Denver to AZ. I’m looking forward to seeing our JC drivers and close friends as we hope for the best against the best of the best. Zack is going to be racing and running in the 2wd and truck super stock classes. I didn’t bring any of my race equipment but I might be tempted to ship it in if things are looking under control. We might have to make an In and Out run as soon as we arrive in Scottsdale.

Paul and I just came back from the 5th round of the FSORS series at B&B hobbies so I’m a little beat after a busy weekend, but the show must go on….

We had a pretty good weekend with JR Mitch winning in 1/8th buggy and truck. I was able to recover from a slow start to finish 3rd in buggy. The competition is definately top notch on the FSORS so if you are looking for some east coast action I highly recommend it. My RC8b was running awesome as Jon and Paul had it tuned to perfection. Nothing fell off and the engine was running well. Paul and I leaned the bottom of the Reedy about 3 turns on the bench and it was money. What else could I ask for? We had a new release last week with the Double Dee V2 coming out. I pulled out a set of premounts and ran them all weekend including the 30 minute main. Nice result! JR ran the same DDV2 tire in buggy along with Sevens on the truggy. Have you ever seen JR drive a truggy? It makes me want to drive one. I’m going to try and run truggy soon just to strap it up a little and see what happens.

Well, I watched a movie on the flight for the first time in a while. From FL to Denver they featured “In the Air”
Featuring George Clooney. What’s in your back pack? Denver to AZ movie / show looks to be a nature show featuring bears. Ask me anything about bears next time you see me. I will fill you in on the details.
Da Bears!

Paul and the rest of the JC crew will be prepping this week for the Super Cup at Rotonda West. I’m sorry I’m missing this race, I heard great things from P-Dub. Last I saw, people were getting signed up early which is great. Please continue.

I learned last night that one of my friends no longer watches professional sports. It will be interesting to see what he’ll be doing while Tiger is playing the Masters next month. Who’s not at least going to check in on the status of that once?

Perhaps what we need in R/C is a great comeback story. We just have to determine how long you have to be out for it to be considered a comeback. I would say a year or more off would be considered a comeback. Guys off the top of my head that I think could make comebacks… Scott Hughes, Barry Baker, Masami Hirosaka, Maifield, Cavalieri, Tebo, Collari, Hara, Reinard… Masami has been out about a year now, if he’s here this weekend maybe I can convince him to come out of retirement for the next off-road worlds. That would be a good story. 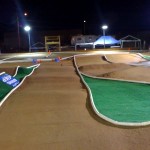 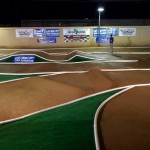 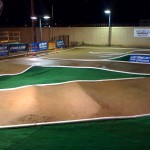 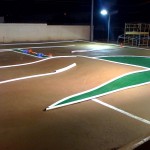