–JConcepts sweeps Modified Classes at Round 4 of Northwest Championship Tour

Round 4 of the Northwest Championship Tour (NCT) was held at the Great Snake Shootout in Lewiston, Idaho August 26th-28th . The layout in Lewiston was a large 1/8 scale size track with big elevations and fast sections that were challenging for all drivers. Temperatures would rise on Saturday during qualifying but JConcepts was able to TQ all 4 Modified NCT classes! Justin Wilde was able to earn TQ positions in both 2wd and 4wd buggy, Dave Gullickson would take Mod Truck and Jesse Munn would grab Mod SC TQ.

Sunday would continue to be hot with temperatures reaching triple digits. Justin was able to take advantage of the TQ positions and earn victories in A1 and A2 in both 2wd and 4wd modified buggy to take home the overall titles. In Modified 2wd Short course there was some tight battles on the large and rough track with Jesse grabbing A1 and Justin able to take A2, however A3 would be all Jesse for the overall win and Justin would finish 2nd. Mod Truck was all Dave as he didn’t look back taking the overall win with a sweep in A1 and A2. Overall it was a very successful weekend for JConcepts taking home 4 modified wins and 6 podiums for the weekend. The Final Round of the Northwest Championship Tour will take place September 23-25 in Pasco, WA. 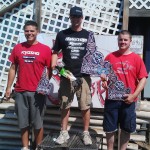 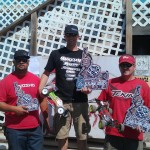 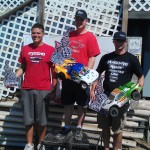 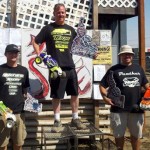 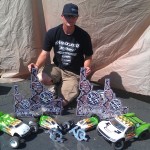