During the weekend of July 20-21st, racers from all over the Ohio area ventured to the land of corn fields to find the brand new MnK Raceway. The largest track in the state of Ohio, the track was a sight to see and gave racers a chance to open up their cars with the straight-a-way that let the nitro buggies reach speeds in excess of 50MPH according to radar guns. The layout was fast, flowing and provided some great racing.

Friday Practice: All the talk was how many teeth to go up on clutchbell/pinion! Lap times began in the low 40sec range and racers of all caliber seemed to be fairly consistant with each other on the still damp track from the 3 inches of rain the track got from the night before. After beginning to dry out a bit certain names were rising to the faster lap times of 33 second range. Finding the fast line and the smooth consistant way through the quad is what practice day seemed to be about. With the track shutting down at 9pm, racers began to get ready for race day and headed out to hotels or stayed and camped at the track. Several smiles on faces as these guys were able to reach speeds that their cars have never seen before.

Race Day: More racers arrived for morning practice before qualifying began. The new arrivals seemed to had wished they had come the day before due to the size of the track. Lap time range was still stuck in the mid 30 sec range until racers like Aaron Buran and Ralph Krum broke the ice to crank out a couple 32 second laps. It would appear that these two would be the battle in nitro buggy. Once qualifying began consistancy would set in and it would prove to show just how close racing was going to be. With nitro top 3 being within seconds of each other, after 2 rounds we would see Joe Bornhorst sneak in the top spot in nitro buggy and truggy with some balistic times with ralph Krum and Aaron buran in 3rd. Electric would see Mark Stanley setting the pace over X Factory driver Paul Sinclair and Louie Weber to the top of 4×4 short course and E Buggy. With water going down before the 3rd round it would prove to be the last chance for some to make a move and in Nitro that move was made by Ralph Krum who not only took a new TQ in truggy but bested it by 9 full seconds and almost a 10 lap run! In nitro buggy he would also manage to get ahead of TQ but a couple bobbles made it close. The other TQ spots would stay the same but with Louie Weber turning 9 laps in 4×4 short course!

Mains would be all about staying together and consistant for the 30 minute nitro mains and 8 minute electric mains. Truggy would show a great battle with Ralph dropping back after a crash and battling back to gain the lead over Joe Bornhorst, with Joe loosing a diff midway this would let Ralph cruise to victory with Sabby staying super consistant taking 2nd and Chris Chim throttling his way to 3rd!

Nitro Buggy would be a testiment of runtime and who had it. When in the end it would prove to be almost no one! there aren’t any 10 minute pits on this track! With some drivers unable to make the 7:30 mark! This time we would see the opposite as the Joe/Ralph battle would continue in the pro buggy until miday through this time it was Ralph who would drop out due to an ejected CVD and allowing Joe to cruise for the win until the end when pressure was applied by Aaron Buran but all would come too late as the clock ran out leaving Joe for the win and Aaron Buran in 2nd and WV racer Derrick Osbourne in third.

In 2wd SCT we would see Mark Stanley take it from the pole all the way to victory having his AE SC hooked up from the minute he arrived at the track and staying super consistant all day.

In 2wd mod buggy we would see paul Sinclair in his X Factory Buggy also take it from the pole to victory with a challenge early on from Doug Brumfield and his Tamiya buggy. On a side note this was a huge track for 1/10 buggy but these guys got them dialed in with them turning camparable lap times to the other larger vehicles!

E Buggy we would see a great start with Louie Weber starting in the TQ spot with his Serpent buggy followed by Ron Waugh in his Serpent buggy and 3rd on the grid was Eric Chambers in….you guessed it, a Serpent buggy! The start would be very close until the quad came and Louie bobbled with Ron running into him and allowing Eric Chambers around for the lead. Eric staying very consistent and having more motor than a full size dodge pick-up was able to hold on to the lead the entire race to take the well deserved win with suprise E Buggy Mugen driver Chris Chim in 2nd and Ron coming back for the 3rd spot.

4×4 SCT would show proud Louie Weber on the pole after his steller “take that” 9 lap run in 4×4 SCT. With it being the end of the day and the sun setting on the far side of the track it would prove difficult to see part of the sweeper costing several bobbles by the top cars and making a 3 way battle for the lead between Louie Weber, Derreck Osbourse and Eric Chambers. This battle would go all the way to the last corner with Louie Weber crossing the line for the bonus lap and Eric Chambers getting caught on the line and Derrick Osbourne less than a second behind in 3rd.

Mo Dentons R/C Palooza would prove to be an event to remember, with the happy smiles the unbelievable amount of spectators and the large “Steve King Special” fast and flowing track and the great announcing from legendary Bill Stevenson and Big Steve. The huge amount of door prizes from the generous sponsors Werks racing, Absolute Hobbyz, TLR, Proline, Boca Bearings, Reedy, Team Associated, JConcepts, Speedy Bills Hobby shop, Novak, AKA and Dynamite Designs. If you couldnt make it this year, might want to plan this for next year, it promises to be even better!!! 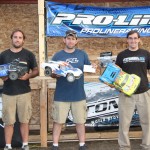 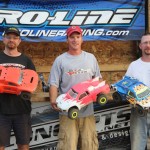 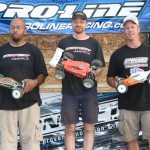 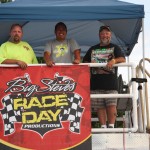 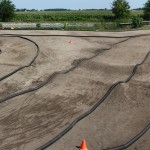 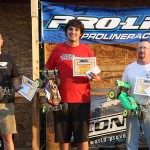 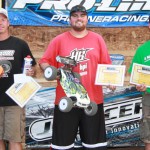