The Nitro Pit is always known for two things, great racing and hot temperatures. This year we invade one of the largest tracks in the country for the Byron’s Fuel race. With $10,000 up for grabs, the action on the track was much hotter. To beat some of the heat, Kenny Bosch and the Nitro Pit crew decided to have most of the racing under the lights each night.

With the buggy and truggy fields set on Thursday and Friday, all that was left was to race for some cold hard cash. The night started off with the Pro Dash for Cash race, were $3,000 were going to be handed out to the top three. This was a fast 15 lap race, were every driver was only going to have to make only one fuel stop and leave everything else on the track. JConcepts driver Ryan Maifield ran Cross Bows in Blue Compound to TQ round one and three of qualifying, to start out front for the Dash and the A main. The Dash for Cash field was set and everyone was amped to race for cash. Maifield decided to stick with what got him the number one spot, and run JConcepts Cross Bows one more time. Maifield pulled out to an early lead of Losi driver Billy Fischer, but with a late crash in this short race Fischer was once again right on his rear bumper waiting to make his move. The two battled clean over the last three laps, and Maifield found himself holding the big check at the end of the night, with Billy Fischer and Levi Jackson also taking home some cash. 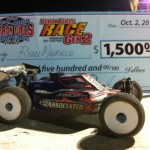 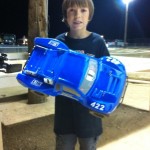 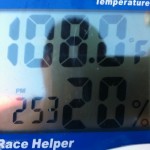 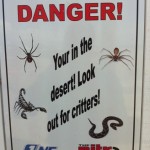 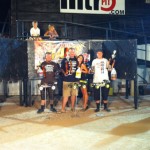 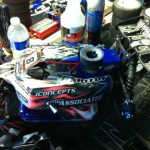 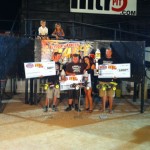 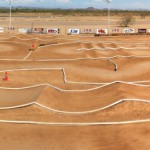