Drivers traveled in from all parts of the world to debut a special new series at the EOS pilot race. Coming from Germany, Jörn has established himself as the driver to beat in the 4×4 short course class taking on all challenges world-wide while piloting his JConcepts equipped Durango DESC410 truck.

For the EOS pilot, Jörn once again found himself on top of the stack in qualifying taking the TQ over world level talent on his way to the coveted position. Triple A-mains produced tight racing and some scary traffic moments while drivers get the handle on racing 4×4 SCT. After being unfortunate on the start several times Jörn speed could not be denied as he quickly got back in front. Jörn utilizing the extra track-time against the best drivers, blasted out front in each of all 3 A-mains and took the well deserved Pilot race championship.

Jörn utilized JConcepts gear all weekend in the 4×4 SCT class. SCT Bar Codes in green compound provided the grip for a dominating TQ and winning performance. 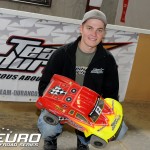 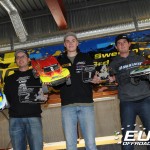 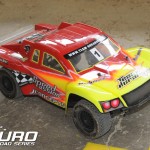