With almost 330 entries for the event, SMACTRAC has once again kicked off the 2015 JConcepts Indoor National Series in style. With seeding wrapped up for the day, racers have headed home to recharge their batteries for tomorrow’s intense 3 rounds of ultra competitive qualifying.

The layout has been challenging to all racers of all skill levels. One of the more difficult things to time is the cambered turns that mistakenly lead drivers right into the pipe. In addition, with no sauce allowed, traction has been hard to come by as all drivers are currently searching for more overall grip.

However, the cream will always find its way to the top as seeding will give a sneak peak to how qualifying will go. With only 3 minutes to set your 3 consecutive fast laps in a heat of 10 cars, the challenge was definitely obvious.

Taking top seed honors in the modified truck class was TLR’s JP Richards piloting his 22T 2.0. From Reedy race to the Indoor National Series, Richards is in top form and going to be a contender at this event.

In the 4wd modified class, it would be Xray’s Nate Jaskot setting the fastest 3 consecutive laps with his XB4 by just .014 seconds over Zach Phillips. Jaskot had a great run in the 2wd modified class as well finishing 2nd by just .05 seconds behind TLR/JConcepts’ Cody Hollis’ 22 2.0. Improving with every race he entrees, Hollis has been on fire and proving he has the speed to fight for the win. 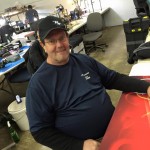 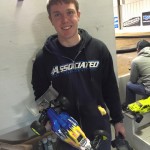 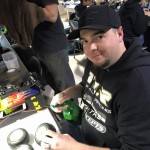 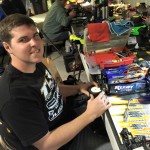 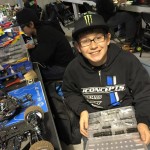