Racers came in from all across Florida to compete at the first Annual Southeast Short Course Nats held at Bashers R/C in Palm Beach Gardens, Florida. Mike Applegate was on-fire with the race direction and once again controlled an action packed event. Each main is announced with enthusiasm and with a packed house of racers and spectators the main events were always exciting.

The Pro 2 stock class was dominated by none other than 10 year old Daimon Borkowitz. Daimon placed his JConcepts equipped SC10 Factory Team out front in qualifying and sat on the number 1 grid position. The main events were ran as a triple A-main format and Daimon wasted little time getting squared away and pulling out a huge lead and victory in A-1 and A-2 to secure the overall victory. Finishing 2nd Daimon’s SCT was covered by the popular JConcepts Raptor body and glued to the track with Bar Codes in green compound mounted on white Rulux wheels.

The Pro 2 modified class was owned by JR Mitch all weekend. Starting off qualifying, JR ran the fastest run of the weekend turning an ultra quick 28 laps. Felix Law qualified 2nd and Paul Wynn 3rd. In A-1, Paul Wynn had a great start and found himself in the lead while dodging traffic and maintaining a steady pace. JR turned it up a notch and made up valuable time and made a pass over the difficult table top jump with only several laps to go. JR crossed for the A-1 win with Paul Wynn in 2nd and Felix Law in 3rd. A-2 was a dicey race as Felix received the fortunate start this time and JR was pushed back in the pack trying to get through traffic. Paul Wynn worked himself into Second and battled with JR for the 2nd and 3rd position. Felix was out front and on cruise but JR put on a charge and closed the gap to under 2 seconds. Felix remained smooth and calm and crossed the finish in first setting up a 3rd A-main battle. A-3 started and at the tone JR was gone, blistering the track as he had all weekend with mid to low 12 second laps. Paul Wynn moved himself into second and Felix remained consistent for 3rd. The overall would be awarded to JR Mitch, Felix law 2nd overall and Paul Wynn in 3rd.

Felix Law was a driver to be reckoned with all weekend in the 4wd Short Course Class. Felix was driving the Losi SCT-E and was completely in tune with his 4×4 from the start of the weekend. Felix was heavily pressured by JR Mitch driving the brand new SC10 4×4 but in the end the TQ went to Law. The triple A-main format would once again be a serious factor as the top 2 drivers battled for supremacy. A-main #1 would go to Felix and A-2 would go to Mitch as the 2 drivers Jockeyed for position. A-3 would be another close battle on the technical tight circuit and JR took the lead early and looked to wrap-up the championship. However, a mistake by Mitch allowed Felix to gain the momentum and more importantly a small lead which he would easily hold to the finish line. Felix Law took the well deserved 1st place, JR Mitch finished 2nd and Chris Meloche 3rd. Felix’s Losi SCT-E was outfitted with JConcepts Raptor body and Rulux wheels. JR Mitch’s SC10 4×4 was topped off with JConcepts Raptor body, Bar Codes tires and Rulux 12mm hex wheels.

Special thanks to Mike Applegate, Brian Buckley and the entire Bashers R/C crew for the great hospitality, hard work and terrific event. 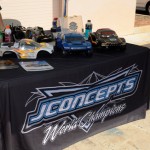 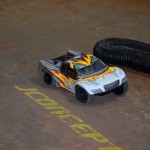 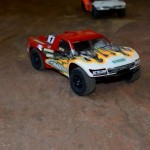 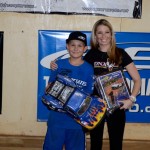 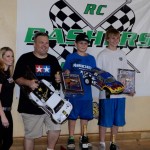 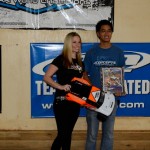 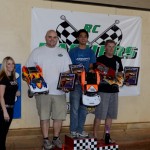 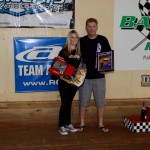 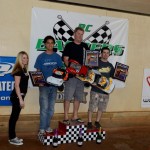