This past weekend was the inaugural Midwest Short Course Nationals held at the Fort Dodge RC Off-road Raceway. Some of the Midwest’s fastest short course drivers battled the intense heat and each other as they tried to take home a national title. The track is located at the Webster County Fairgrounds and is nicknamed “The Sandbox” due to its unique track surface that incorporates a top layer of sand. Due to the sandy surface finding the right tire was critical if you wanted to cross the line first and not end up with your head in the sand. The track layout featured a long straight away and plenty of jumps including a large jump in the back corner of the track that left many trucks feeling the effect of “kiting” as they went traveled through the air.

That same weekend was the county fair so there was plenty to see and do between rounds including a Motorcross event near the track. Thanks to the race’s many generous sponsors there was a ton of giveaways to hand out and everyone left the track with something. By far the best prize you could win that day was a t-shirt since after a few hours in the sun you needed a new dry one.

The temperature was in the upper 90′s and once you factored in all the humidity it felt like 110 degrees, even in the shade. Due to the heat the race program was modified for the driver’s safety and instead of running 4 rounds of qualifying and AAA Mains, the race directors decided to run 3 qualifiers and single A Mains which made for exciting single A Mains. Probably the biggest winner that weekend wasn’t the racers on the track, but instead the local vendors selling ice cream.

There were 4 titles up for grab that weekend in the Novice, 2WD Stock, 2WD Modified, and 4WD Modified classes. The 2WD Stock class enforced a spec tire to make racing more competitive and keep costs low. They also allowed RTR Short Course trucks and electronics so the class was very diverse with many manufacturers being represented. After the sand had settled in the 2WD Stock A Main, Radio Control Car Action’s Trevor “Chilly” Duncan took home the win with his SC10 fitted with a JConcepts Raptor SVT body with the rear louvers removed to keep his truck from parachuting.

In the 4WD Modified class JConcepts driver Tony Bacon secured the TQ position after 3 rounds of qualifying. In the A Main he found himself sitting in 2nd after the 1st lap, but from them on he ran smooth and took home the win securing 2nd title for JConcepts that weekend. Tony’s TEN-SCTE was equipped with a JConcepts Ford Raptor SVT SCT-R body (O.S.F.M.), Black Rulux 12mm wheels, and Subcultures in the sticky green compound.
After the mains were all in the books, the racers got together for a dash 4 cash race with no marshals to see who could run 5 laps 1st without crashing to take home the big money. But by far the best race to watch that weekend was the kid’s Hillbilly run were all the young drivers ran 1 lap around the track on foot. 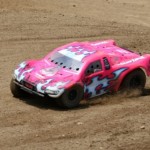 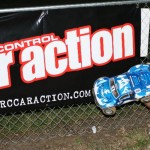 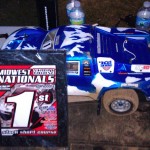 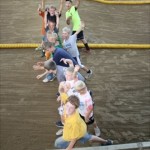 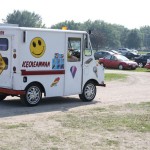 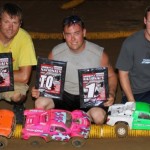 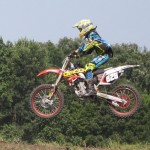 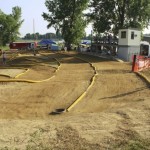 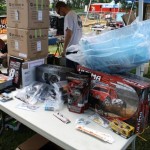 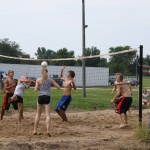 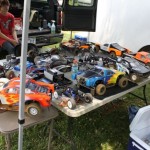 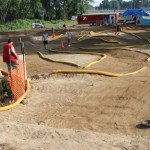 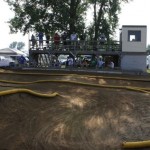 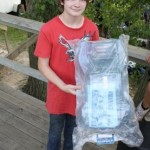 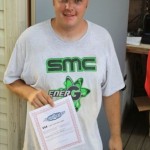 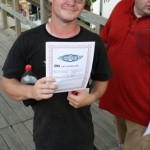 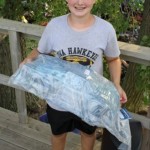 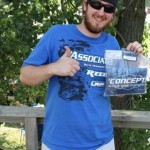