Kinwald did his damage in the 3rd and 4th round of qualifying in Pro 2 modified taking the fastest time in round 3 giving him the overall TQ.

Steven Hartson took a slightly different route on his way to the A-finals. With very limited SCT experience Steven was on a steep learning curve throughout qualifying taking the long way to the A-main. In round 4 Steven got a great start and ran clean runs in both Pro 2 and Pro 4 putting him solidly into the A-mains.

Scotty Ernst pumped the crowd and the Pro 2 modified drivers took to the track and the tone sounded. Kinwald sat out front with Cody Turner in second and Frank Root 3rd. JConcepts drivers Steven Hartson and Paul Wynn climbed the ladder and got into the top 5. Steven charged hard and moved into the top 3 after Cody was forced to retire with mechanical problems.

Out front Kinwald, as the solid race leader he is known for, would not let anyone catch or get to the inside. Hartson made up more valuable space and overtook Frank Root for 2nd place. Steven was on the move and hunted down Kinwald turning a hot lap of 20.89 seconds and pulled within 2 seconds of the Dirtinator. Kinwald could not be shaken and crossed the finish line taking another big win in 2011. JConcepts / Team Associated teammate Steven Hartson finished 2nd and TLR driver Frank Root 3rd.

Later, racers made their way to the drivers stand for the last race of the day. The Pro 4 modified main began with Mike Truhe getting an amazing start with Frank Root just a few seconds behind in 2nd. Frank made a small mistake which allowed Hartson to slip into 2nd place. Truhe traction rolled at the end of the main straight which allowed Hartson to take the lead. Running fast and consistent lap-times Hartson was tough to catch and after another mistake by Truhe, Hartson was checking out. Root and Truhe held a close battle between them and at the finish it was Root taking 2nd place. The final finishing order was Steven Hartson in 1st, Frank Root 2nd and Mike Truhe 3rd.

Congratulations to Scotty Ernst Productions and the entire West Coast R/C Raceway on another amazing event. 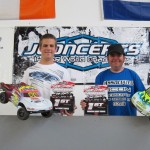 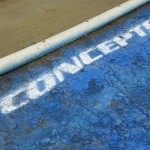 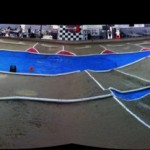 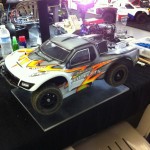 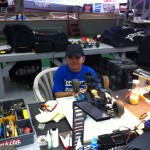 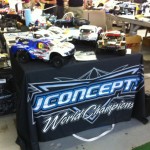