The first stop of the 2016 Fall Super Cup session kicked off this past weekend at NewRed Hobbies in Ocala. NewRed Hobbies is always a favorite stop amongst racers, with its consistent traction and indoor location. With 225 entries it was another great turnout for Florida’s premiere electric off-road series.

On Saturday morning, registration went pretty smoothly and we were set to get things kicked off right at 9:30am after a brief drivers meeting from race director Lance MacDonald. The race program flew by pretty quick and we were on to the mains in no time.

The first of the A-mains was our Novice class. Cameron Morales was the top qualifier after two rounds of qualifying so he would start on the front row in the main. After an eventful race Cameron Morales would take the win with Adam Olds in 2nd and Chris Burt in 3rd. it’s great to see this class continue to grow. Next up would be 2wd Expert Stock Buggy. In the D Main it would be Jason Breiner and Hoss Gulick bumping up. In the C Main Kyle Roberts and Mitch Zeck would take the bump spots. Making the Bump from the B Main would be Jader Lopez followed by Lee Setser. AJ Marasco with his JConcepts equipped B6 would be our top qualifier. AJ drove a clean race leading wire to wire. Coming in 2nd was Lee Setser who drove an awesome race all the way from 10th place. Rounding out the podium was Gene Hickerson. The Independent 2wd Buggy class was again very popular. The handout tire would be the JConcepts Bar Codes in Gold compound. In the E Main Steve Hendrickson would take the win with Will Boogaerts taking the 2nd bump spot. The D Main bump spots would belong to Jonathan Hutton and Steve Hendrickson. In the C Main Mike Williams and Dennis Cubbage would make the bump to the B Main. In the B Main David Wallace would take the win followed by Tracey Proctor. Danny Mandarion would be the TQ in Independent 2wd Buggy. Josh Alfaro would take the win starting from 2nd on the grid, Jabin Carlton would move up two spots to finish 2nd and TQ Danny Mandarion would finish 3rd. Stock Truck was up next, In the D Main Ray Reno followed by Lee Cofield would take the two bump spots. In the C Main it would be Joe Barbera taking the win followed by Ryan Spriggs. In the B Main it would be Royce Delliacono followed by Joe Barbera all the way from the 9th spot making the bump. In the A Main TQ Robert Molina would lead from tone to tone with a great drive from his JConcepts equipped T5M. Coming in 2nd was Local Justin Olds with Julien Oliveras finishing 3rd. In the Mod Truck A Main It would be Jader Lopez Capitalizing on his TQ spot with a wire to wire win followed by John Prickett in 2nd and John Dasch finishing up in 3rd. Next up was Stock Short Course. In the B Main Jeff Lynn and Tracy Craver would take the two bump spots. The A main would look much like the A Main of Stock Truck with Robert Molina starting from the 1 spot and never looking back on his way to the win. Alan Wight Would finish up in the two spot with Justin Olds rounding out the podium in 3rd. The always exciting 4wd Short Course class had Scott Johnson taking the Top Qualifier spot. In the main Jayden Oxendine would take the win starting 4th on the grid, coming in 2nd was Joshua Alfaro and TQ Scott Johnson would finish 3rd. The newest class on the Super Cup series is the 13.5 4wd buggy class, With a C Main it’s been very popular so far. Taking the win in the C main was Kyle Dempsey followed by Joey Perez. In the B Main it would be Erik Everett taking the first bump spot followed by Aidan Mangus in 2nd. In the A Main Tilar Pollack would take the TQ and the win. Finishing up in 2nd was Lee Setser after a great run all the way from the 7th starting spot. Justin Olds would also put in a great run to take the 3rd and final spot on the podium after starting 8th. The last class of the night was 4wd Mod Buggy. In the B Main it would be Derek Jacobs taking the win along with the first bump spot followed by Jayden Oxendine. In The A main TQ Daimon Borkowicz would drive a near flawless race with his JConcepts Equipped B44.3 to take the win followed by Leon Mcintosh with his XB4 in 2nd and TLR/JConcepts driver JR Mitch rounding out the podium in 3rd. The crew at Newred Hobbies was amazing all weekend long, a great facility and track, we look forward to being back there soon. Thanks again to all the racers who came out to help make this such a fun and competitive series. We will see you for Race 2 at Superior Hobbies Beachline Raceway on September 3rd. Let’s Race!

For Final Results and more information on the Series visit JConcepts.net/Events/Super-Cup 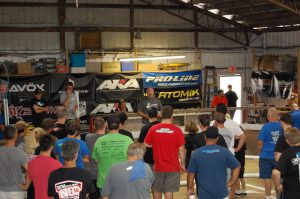 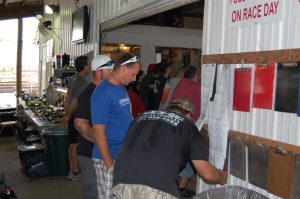 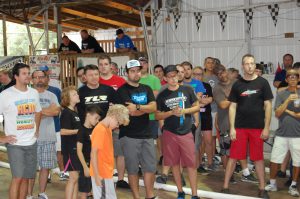 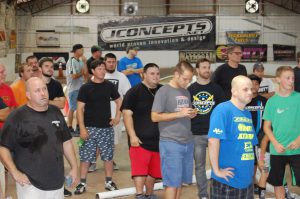 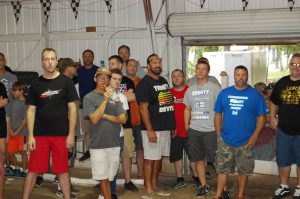 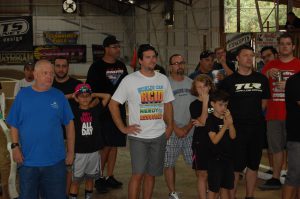 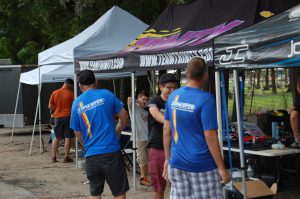 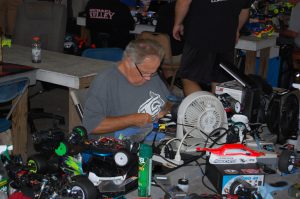 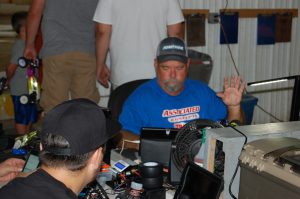 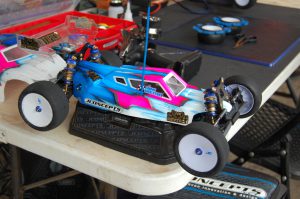 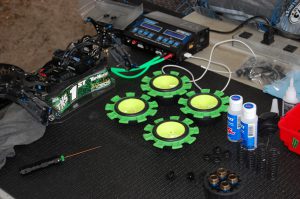 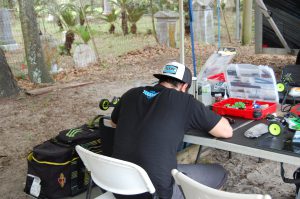