The JConcepts Summer Tour had it’s second stop this past weekend. The race was hosted by eXtreme Hobby Zone in Winter Haven, FL. The small outdoor track made for some tight racing and the Black Grooved center meant you had to stay in the line or risk ending up side ways. There was plenty of shade for the pits but an extremely bright sunny day kept the 83 entries nice and toasty. Two rounds of qualifying kicked off just before 10am and with a smoothly run program the final main finished just before 5pm. Stock Buggy had some great battles and was one of the bigger classes. Mike Sage and Rob Joens were able to bump out of the C into the B Main but couldn’t continue to the A. Jeff Brown Sr. was able to take the win in the B Main to bump to the A and a local driver Austin Chism at his first big race was able to take the second spot in the B bumping himself to the A Main. In the A it was Top Qualifier Alan Wight dominating the field running 25 laps with second place Daniel Castaneda running 23 laps and 3rd place also on 23 laps was Dan Borkowicz.

In Mod Buggy it was a three way battle all day between JConcepts Drivers Zack Genova, Daimon Borkowicz and JR Mitch. JConcepts Hybrids and 3Ds were the tire of choice early on but as the sun baked the track a really nice black groove formed, most switching to JConcepts Bar Codes for the mains. Zack Genova started off qualifying on top, TQ’ing the first round. As the track got faster throughout the day Daimon came back and put in a great run in the second round but overall TQ ended up being JR Mitch. In the beginning of the A Main JR, Zack and Daimon kept a close race but as time went by and lap traffic quickly factored in, Zack was out with mechanical issues and Daimon couldn’t keep up with JR towards the end. JR finished with two laps over the field running JConcepts 3Ds Tires with a 27/6:10 Daimon Borkowicz took the second spot with a 25/6:00 and Bobby Horan rounded out the podium with a 24/6:05 making it a JConcepts 1-2-3 finish.

Pro 2 Stock Short Course was another full class with Jim Hess and David Fair bumping out of the B into the A Main. JConcepts Team Driver John Bernard had the overall TQ and was able to sail to victory with Scott Johnson taking the second spot and Jovan Cruz putting in some great laps ending up third

Stock Truck had local driver Craig Lowe dominating in the second round of qualifying to take the TQ spot over the first round TQ of Tilar Pollack. Tilar and Craig battled it out in the A Main but Craig ended up popping a ball cup and that gave Tilar the room he needed to take the overall win. Mike Sage also had a good run taking the third spot.

Pro 4 Mod was once again all John Bernard. The JConcepts Team Driver took an early TQ and dominated the A Main taking the overall victory. Our closest battle was for second and third, Scott Johnson ended up in the second spot with Ken Bills in Third.

Mod 4wd was the fastest class on this small technical track. Daimon Borkowicz took the overall TQ with a 29/6:11.997 but in the A Main a popped ball cup allowed Chris Intravia to catch Daimon and the two battled it out for several laps. In the end Daimon was able to take the win with Chris in the second spot and third going to Clint Ward.

The Pro 2 Mod class was by far the most exciting Main. JConcepts’ very own John Piant gave JConcepts Team Driver Daimon Borkowicz a run for his money. The two swapped the lead several times but Daimon was able to hold John off in the end taking the win, John in second and Walter Cruz taking the third spot. All three drivers were running JConcepts Bar Codes in the main. What a day, what a race. It was good to have everyone back out at eHz. Big thanks go out to Jim Hess for the help on the mic throughout the day making it much more exciting for the spectators. The eHz track crew for an amazing surface and for hosting the event. Congratulations to all the winners and we will see you back July 28th at Shiverville for the final stop of the 2012 JConcepts Summer Tour.

Visit JConceptsEvents.com for more info on this years Summer Tour. 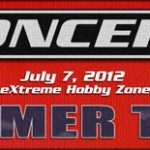 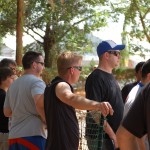 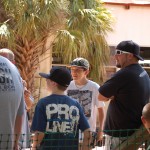 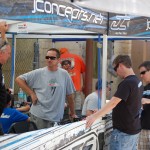 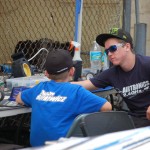 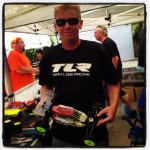 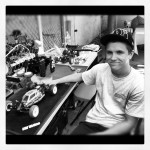 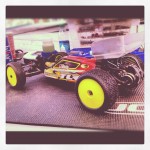 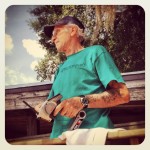 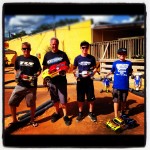 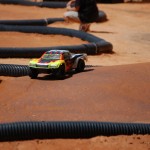 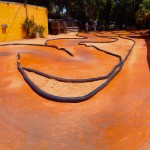