The JConcepts Summer Tour kicked off at Go Hard Raceway located in Green Cove Springs, just outside of Jacksonville Florida. The racing facility, under new management, had a fun, flowing layout in place for their event. GHR’s Joe Langston and a small crew put in a lot of effort to have the track in shape after recent rains pounded the surface. While still building jumps on Friday, when Saturday morning’s race day came, the track was ready, waiting on the drivers.

Race announcer of the south, Lance MacDonald was on hand to run the day’s program. 119 entries would bring an attendance record to the new race club. Qualifying was the normal affair of an outdoor Florida track, with the morning dew having a damp surface, and the drivers waiting for the sun to bring the track to a faster, good traction surface. Towards the end of the first round, that began to happen, while everyone knew that round 2 would be the rocket round.

As qualifying entered the second round, the laps times were dropping, and the round would provide the new TQ for almost every class. In the Mod classes, they were laying down the fastest times of the day, and the vehicles would pull wheelies at will with the pull of the trigger. As the mains were being set, a few clouds where moving in, and as the first few main were being ran, the one tiny cloud over the raceway opened up, ending the day of racing.

The finals were finished based off of qualifying, and the winners were:

Mod Buggy had JR Mitch with the TQ both rounds to claim the win with his JC equipped TLR 22 followed closely by Ryan Eckert, and the battle for the third step going to Landon Lewis.
Stock Truck winner, and longest distance award went to Riker Gatenby, with a smart drive to lay down the TQ in the class. Second went to Brian Lewis, and Peyton MacDonald rounding out the podium.
Stock SCT went to TLR/JC Jovan Cruz running his 22SCT, Cody Willes finishing 2nd, and Austin Venezia 3rd with his JConcepts AE.
Mod SCT went to Ryan Eckert and his Kyosho, followed by John Piant, both with the only 11 lap runs in the class, Ricky Layman getting the final step.
4Wheel SCT went to new class entry JR Mitch with a great run over hot local John Bernard both using JConcepts products to get to the front, followed by Ricky Layman in 3rd.
Stock Buggy went to Cody Willes, followed by Ricky Layman 2nd, and Billy Bruce rounding out the podium with 3rd.
4Wheel Mod was won by Alan Wight and his JConcepts equipped B44.2, followed by Matt Lardizzone in 2nd, and Brian Seckel in 3rd.

Overall it was a fun day, which is what the Summer Tour is all about. It was just a fun, one day event at tracks that you might not normally go to. Kind of bringing back the old days of racing. Put the Summer Tour on your schedule for things to do. Round 2 is at Rotors, Rutters , and Wheels in Belleview’s RRW Raceway on June 15th. See you at the races. 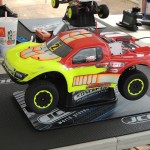 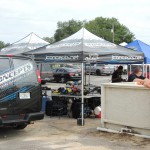 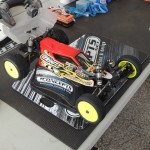 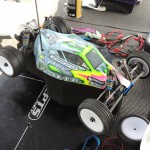 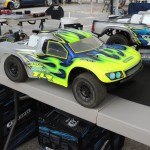 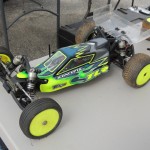 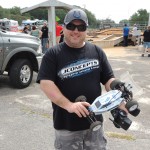 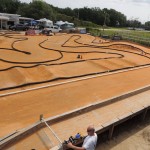 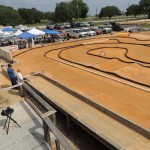 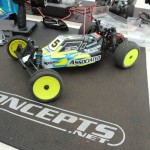 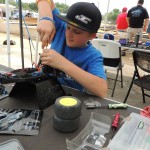 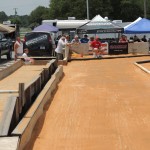 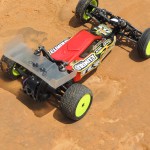 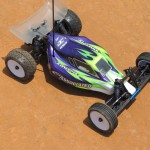 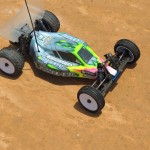