The JConcepts Summer Tour kicked off it’s three race event in Sarasota Florida. FZRC was the host, with a nice fun track waiting for the drivers. After a full day of rain on Friday, and some dry time, track Owner Marty Chilton had the surface ready and when the sun came out on Saturday morning it was time for some practice laps.

With the track drying throughout qualifying, the surface was getting to be in better shape and the more races, the faster the track was getting. Very few of the first round times held up to be the overall TQ, as the quicker second round laps surpassed them normally by an entire lap. With qualifying finished, it was on to the mains for the 115 entries that came out on the nice warm Saturday.

First up was the Stock Short Course A main. TQ Daniel Castaneda lead the field from the start, but a mistake allowed the #2 of Tracy Carver to get the lead. Tracy lead some laps, but fell back when he made a mistake allowing Daniel back in front, with Scott Johnson in second. Scott was keeping Daniel in his sights, as the laps ran out, giving the win to Daniel Castaneda, followed by Scott Johnson, and Tracy Carver.

Mod Truck was next, with the TQ going to JR Mitch with his JConcepts equipped 22T. At the tone, JR lead the field, then made a huge mistake on the first lap dropping to the back. Daimon Borkowicz now running in front, and was trying to gap the field and run away. JR was back putting in some fast laps, and inching up on the leader. Towards the end of the race, with JR closing in, Daimon pushed a little wide in a corner, and Mitch was back in the lead. That is the way it stayed to the finish as JR Mitch took the win, Daimon Borkowicz second, and Mike Sage rounding out the podium.

Stock Truck had Tracy Carver in the TQ spot. At the start, Tracy led the field off. Into the race, problems for the number two, and three trucks, a couple minutes apart forcing them out, left a battle for the front. Tracy worked his way back into the lead, and would hold on for the win, followed by Mark Mixon in second, and Seth Moore in third.

Mod Buggy would have JR Mitch with his second TQ. With the sun getting lower, the track shaded from the trees, the track surface was changing back to the morning conditions of slicker, and looser. JR would go on to win this one easier than his truck race, but had Daimon Borkowicz in the number two spot making sure he didn’t make any mistakes. At the finish, it was JR, Daimon, and Dave Duncan rounding out the podium for a JConcepts sweep.

Now for some 4WD action. The E-1/8 was on the grid, with Jim Hess having the TQ. Into the race, a mistake by Hess would give the lead to Spencer Sinsabal. With the cars spaced out, the time ran out, and Spencer took the win with Jim Hess getting second and Jeremy Johann taking third.
Keeping with the 4WD theme, it was Mod 4WD Buggy on the track. TQ went to Alan Wight. Alan was uncontested as he won, with a back and forth battle between Brian Lewis, and Rob Didion that lasted all day long. These two were never very far apart in any of the qualifiers, or the main. In the end it was Wight with the win, Brian Lewis getting second, and Rob Didion rounding out the final step.

Next up was Stock Buggy. With his recent laps on the changing track, TQ Alan Wight used his time on the track to hold off a charge from the field. With the second place car dropping out at the half way point, Tracy Carver, who moved up from the number four spot on the grid was now in second. At the finish, it was Alan Wight with the win, Tracy Carver second, and Daniel Castaneda in third.

Mod Short Course was the second to last race of the day. John Piant had the TQ, and led the first part of the race. A few mistakes dropped him back to third, and Patrick Carlo, with Walter Cruz battling for the lead. Carlo was able to hold off Cruz for the win, with Piant rounding out the podium.

4WD SCT was the last race, with the TQ going to Scott Johnson. At the tone, it was a train of SCT’s following Scott. With the race winding down and the trucks spaced out, it was Scott Johnson with the win, Ken Bills in second, followed by Brian Lewis in third.

A great day at the FZRC, thanks goes out to JConcepts, Marty and the FZRC crew for the great track and the racers that didn’t let a little Friday rain ruin their weekend of racing. See you at the next JConcepts Summer Tour race, July 7th at eXtreme Hobby Zone, in Winter Haven, Florida. 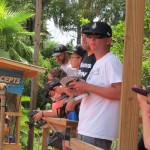 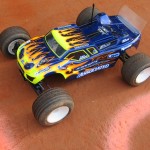 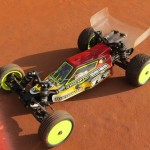 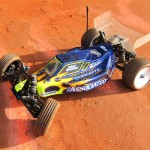 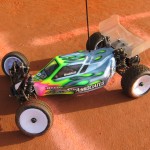 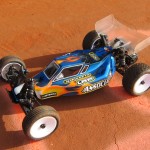 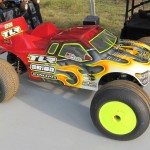 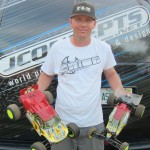 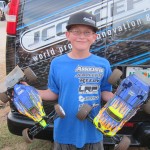 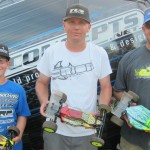