I’m off once again and this time to California where A-main Hobbies is hosting the JC Summer Indoor Nationals. Zack Genova and I headed out from Orlando to Houston then finally into Sacramento. Our flight was delayed leaving Orlando by a serious rain storm. We sat on the runway for roughly an hour waiting for the storm to blow over.

The pilot reported everything to us and kept us in the loop from traffic control. They changed their minds about 3-4 times on departure direction and runways. I started to think if this was like a typical senerio at the track where it had just flooded and you are trying to decide if you should run the first round of qualifying or not. They eventually decided to throw down and get it muddy.

I was hoping to spot some oil off the coast so I had some conversation, or the ability to top a Tim Davis report from a few months ago. Too many clouds.

Our flight had Direct TV for $6 but I didn’t purchase. I figured I would save up for the longer flight to Sacramento. I’m on the lookout this weekend for the
first driver to say Hella. Years ago all the Nor Cal guys would say Hella. I will be listening!

After running to make our flight OJ Simpson style we got on. We didn’t kill anyone in the airport. I’m referring to the commerials he used to do before Isotoner gloves, Bruno shoes and Judge Ito.

$6 TV purchased and I’m settling into some channel surfing. American Pickers caught my attention on the history channel and I watched all of that. The guys found some nice stuff and claimed a $60 dollar profit here and there. This is interesting and I don’t know why. Then Pawn Stars came on and I got sucked into the guys selling a flame thrower and 1960 model 2wd climbing motorcycles.

Then I realized by today’s standards my dad is a reality TV Star. He needs to be a consultant on all these type of shows.

Switching over to Pros vs. Joes it was some former NFL stars vs. some former college football players. Michael Vick was on and was getting killed by the former college players. I wasn’t impressed by the Pros. The NFL and NBA need to put a stop to this show before LeBron gets dunked on by a House Husband or WNBA player.

Woah, Curb Your Enthusiasm was on regular TV. One of my favorite episodes the Doll Head was on and it was interesting to see them edit the dirty language from Larry and Suzy. 4 eyed freak just doesn’t work for me.

I finished up the trip by watching Steven Segal in Marked For Death. He wasn’t winning any acting awards but he was good with a pool stick and a cue ball. Whatever happened to this guy? I expect to see him on Dancing with the Stars or Pros vs. Joes soon. Michael Vick better watch out. Dog fighting? really? Why can’t everyone just be perfect like Tiger Woods?

There was a young girl sitting next to me and she was jealous that I had TV and she didn’t. Her mom was trying to hold out but my channel surfing got the best of them and soon they both had TVs as well. It was nice to see that Hanna Montana was on the other TVs now and it’s like they were right at home. Interestingly the mom was offended when the little girl stopped on the street crime show COPS and someone was getting arrested. The mom actually covered the screen and had her turn the station. Hanna Montana sets a better example I suppose? I believe they were looking for an option squared. According to the Daily Dispatch, the TV series held a global audience of 200 million viewers in 2008. If Miley’s viewers were a country, they would be the fifth largest population in the world – just ahead of Brazil. By February 2008, the Hannah Montana franchise had become so important that Disney convened an 80-person, all-platform international meeting to discuss Hannah Montana’s future. All Disney business segments were represented at the meeting.

Getting off in Sac and still no signs of Hella. I’m concerned at this point.

We met up with Tanner Denney at the airport in Sac and grabbed the rental car. We packed our “full-size” car to the roof and took off for Chico. 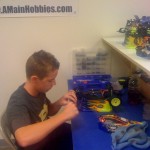 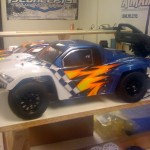 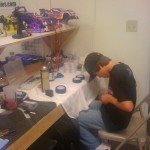 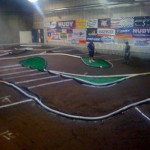