The JConcepts Southern Nationals, held in West Monroe Louisiana has come and gone. In its third year, the event was once again a great success. Held in one of the nicest facilities and being a temporary one race weekend track, this one is the best. With a huge amount of elevation changes, the fun, fast, flowing layout had the 274 driver’s concentration at the peak to do consistent fast laps. Always making improvements, the track crew laid down water on a regular basis to keep the dust down and it was nearly perfect.

After three rounds of qualifying finished up on Saturday, it was on to some of the lower mains to make Sunday a shorter program. Going into Sunday, the electric classes had the triple A main format, with the Nitro finishing up the B’s and moving into the A finals.

AE-JConcepts driver Max Flurer was the first to claim a Championship in E-Truggy, winning the first two mains after two very tight battles with Ryan Lutz who would finish 2nd, and JC’s Martin Harrison getting 3rd.

In the E-Buggy class, it was Lutz to take the two wins, leaving Flurer on the second step, with Jake Dellinger finishing 3rd.

Nitro Truggy finished off with Josh Wheeler and Jason Branham with a close battle to the end, after a heated battle for the last half of the race and Kurt Kellum rounding out the podium.

Nitro Buggy was all Josh Wheeler from the TQ spot and had a comfortable gap on the field, only to have issues towards the end of the race. Handing the lead to the consistent Jason Branham, who had worked his way up with a good clean run. Wheeler was able to rejoin the race and finish in the 2nd spot, with 3rd going to Jason Smith with his JC equipped Losi.

A well run program, an excellent track and a great place to be, makes this a race you don’t want to miss. Put it on your schedule for 2013. 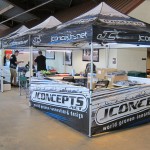 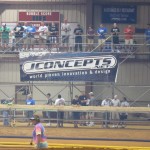 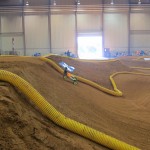 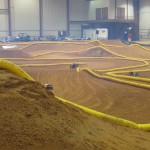 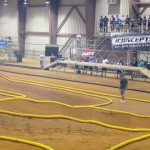 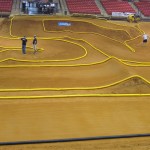 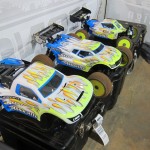 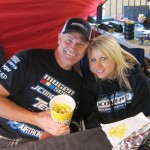 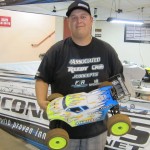 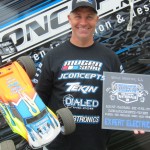 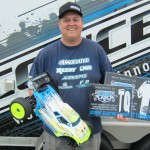 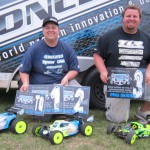