JConcepts ‘Global Domination’ Continues Down Under with Ray Munday JConcepts ‘Global Domination’ Continues with a victorious start to the 2011 ORRCA Victoria series down under! Just under 80 entries were received for the 2011 Keilor Cup in Melbourne, held at the Keilor club (now celebrating its 25th year). The club did a great job in preparing a track which had a bit of everything – flowing corners, off cambers, technical chicanes, elevation changes and plenty of jumps. This was one of the most challenging layouts ever seen at the track and running clean for 5 minutes proved very difficult. Rain overnight left the surface damp for the start of qualifying, but by the time finals rolled around the track had a sticky blue groove making tyre choice critical all day.

JConcepts Australian factory driver Ray Munday got his title defense off to a strong start with victories in 2wd and 4wd Open using JConcepts tyres, wheels and bodies on his Novak powered Associated buggies. Using the proven tyre combination of Flip Outs in the damp, Double Dees when the line appeared and Bar Codes when the blue groove came up gave Ray the right traction for each condition. 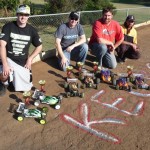 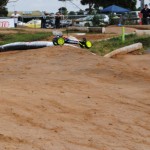 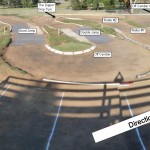 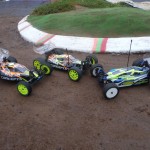 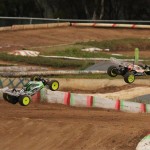 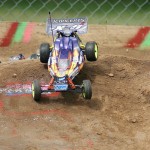 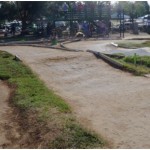