For the 2nd year in a row, West Coast R/C Raceway in La Mirada, CA hosted the prestigious Reedy International Race of Champions. The 18th running of the Reedy Race celebrates racing icon Mike Reedy, making it one of the most famous events in the world. An event organized by Brent Thielke/Team Associated and announced by Scotty Ernst brought together the most competitive field of Invitational class drivers seen in recent years along, with a completely sold-out 2wd and 4wd open class. JConcepts representative Paul Wynn along with several other Florida drivers made the trip to Southern California to support the product, race team and display all the latest items.

During check-in, drivers were greeted with a registration bag of product and goodies organized ahead of time which included a complete set of controlled race tires and inserts hand selected for the West Coast track surface. JConcepts front Bar Codes in Gold compound, tire rubber bands, custom wrapped JC vehicle stand, Finnisher decal sheet and a Reedy welcome card highlighted the JConcepts items provided to each racer in their respective goodie bags.

Friday morning started with the Invitational drivers hitting the track in 2wd for their point scored heats and the open class began 2 rounds of IFMAR based qualifying. In the open class it was Team Associated driver Brent Thielke getting off to an amazing start taking the first round TQ in both the 2wd and 4wd classes. In the 2nd round of open, TLR / JConcepts driver Frank Root took the 2wd TQ and another TLR driver Nick Lasley TQed the 4wd class. After 3 total rounds of Invitational 2wd it was Team Associated driver Ryan Cavalieri sitting on top of the field. Finishing the first day of racing, it was clear that all classes would be extremely competitive and drivers continued to prep into the night to find that little extra for Saturday morning.

At the end of qualifying in the open class it was TLR / JConcepts driver Frank Root sitting on top with TQ in the 2wd open class and JConcepts / Team Associated driver Josh Numan taking the 4wd open class TQ. After 8 rounds of Invitational heats, and with only 4 more heats to go it was Team Associated drivers Ryan Cavalieri and Ryan Maifield sitting 1st and 2nd with Jorn Neumann in 3rd. Once again drivers prepped extensively looking to the A-main events or respective invitational heats.

The open class featured bump-ups and JConcepts / Florida’s own Jeremy Harris dominated as he bumped up a record 3-times on his way to a birth into the 2wd open E-main where he battled until the very end. Finishing off his weekend in the E-main Jeremy was delighted with his first ever trip to California and West Coast R/C Raceway.

Sunday’s racing rolled on and it was JConcepts driver Ryan Maifield making serious noise with this B44.1 buggy as he won consecutive races to put some pressure on teammate Ryan Cavalieri and they were now within 3 points of each other with only 3 heats to go. Jorn continued to rack-up victories and pulling even closer to the top 2 drivers giving himself a shot at the Invitational title heading into the stretch run of heats.

Sunday’s action continued with Ryan Maifield and Jorn Neumann picking up much needed wins on the way, inching even closer to the top of the standings. Ryan Cavalieri ran an amazing race against Maifield in round 4 of 4wd taking first place and maintaining his position on top of the field in the overall standings. While in another race, Jorn made up points again on the top 2 and inched closer to the lead. With only 1 race to go the top 3 drivers were Ryan Maifield, Ryan Cavalieri and Jorn Neumann who were all very close in points and they would meet in the very last race of the weekend. The intensity was mounting. TLR / JConcepts driver Frank Root took the early lead in A-1 in the 2wd open class and looked exceptionally comfortable. Frank made quick work of the 10 minute main and ran an amazingly clean race winning A-1 by a comfortable margin with Brent Thielke 2nd and Chad Due 3rd. With a break in the action for drivers to prepare, A-2 started with more clean opening laps from Frank Root. Frank opened up a small margin until a small mistake cost him a few positions and JConcepts / AE driver Chad Due took a commanding lead. Brent Thielke again filed into the 2nd position and maintained a close gap on Chad, making it a close race. Chad’s fast and consistent pace paid off after Thielke made a small bobble. After 10 minutes it was Chad Due taking the highly weighted A-2 victory and with it the overall championship. Finishing 2nd overall was Brent Thielke and Frank Root (TQ) would settle for 3rd. Chad’s B4.1 was heavily equipped with JConcepts all weekend long. Finnisher body, Hi-Clearance wing, Silent Speed Spur Gear, Bar Codes front tires in gold compound mounted on Mono 12mm hex wheels via the aluminum clamping hex adaptors and serrated wheel nuts topped off the winning vehicle. Sitting on the pole position, Josh Numan wasted little time in A-1 to take a sizeable lead. A smooth, consistent and efficient driving style prevailed in the extended 10 minute main as Josh extended the lead lap-after-lap. Josh finished in 1st, Brent Thielke 2nd and Rob Gillespie 3rd. The drivers were given a much needed break to get their equipment prepped for a deciding A-2. In A-2, Josh Numan again jumped on the field maintaining his speedy pace while a massive pile-up behind him scattered drivers. Josh was out front doing what he does best, laying down smooth, quick and consistent laps to outlast the field once again taking the 10 minute A-main securing 1st place overall. Michael Schoettler finished 2nd overall and Brent Thielke 3rd. Josh’s B44.1 was equipped with JConcepts all weekend long. Finnisher body, Hi-Clearance wing, Silent Speed Spur Gear, Bar Codes front tires in gold compound mounted on Mono 12mm hex (rear) wheels via the aluminum clamping hex adaptors and serrated wheel nuts completed the winning ride. The top 3 drivers on the leader board, Ryan Cavalieri, Ryan Maifield and Jorn Neumann were all in the last heat which was stacked with competition from the likes of Jared Tebo and Dustin Evans. Maifield jumped out into the lead from the pole position with Rick Hohwart 2nd and Jorn Neumann 3rd. Maifield was out front cruising doing what he had to do but Jorn Neumann was on the move. Jorn got around Rick Hohwart and moved into 2nd which in the short term helped Cavalieri who was struggling in the back of the pack after a poor start. Jorn put a charge on Maifield muscling the Durango buggy in and out of the turns putting serious pressure on Maifield. A mistake by Maifield put Jorn into the lead and in the driver’s seat for the overall championship. At this point, only Cavalieri moving up in the heat and threatening the lead would affect the outcome as Maifield needed the victory plus help to take the overall. Maifield maintained 2nd place only a few seconds behind Jorn as Cavalieri battled up into 4th and eventually 3rd to the finish. Crossing the finish line taking the win and overall Invitational championship was Durango / JConcepts driver Jorn Neumann. Finishing 2nd overall was Ryan Cavalieri with Ryan Maifield 3rd. Jorn Neumann’s winning vehicles were topped off with JConcepts all weekend. On the Durango DEX210, Jorn fitted the Finnisher body and Hi-Clearance wing and rolled on gold compound front Bar Codes all weekend long.

What an amazing event! A special thank you goes out to West Coast R/C Raceway and crew, Brent Thielke, Scotty Ernst and all the event sponsors which make the Reedy Race of Champions a success. See you next year! 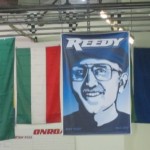 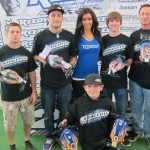 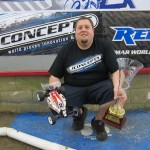 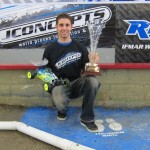 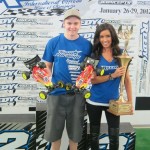 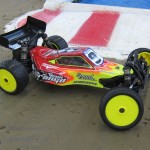 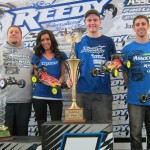 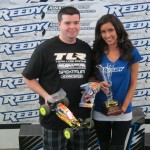