The fourth and final round of qualifying is complete and the lower mains have begun. The battle between Ryan Maifield and Dustin Evans is heating up and now it is on to the mains to see who comes out on top.

In the 1:8 Expert Buggy class, Dustin is sitting in the number one spot with Ryan Maifield in second. Cole Ogden qualified third with JR Mitch sitting fourth.

Tanner Denney dominated the 1:10 4wd Open class. Tanner TQ’d three of the four rounds with Jason Ruona who is sitting in the second spot TQing round 2. Max Fluer is sitting third and Zack Genova in fourth.

In the Open Truck class, Team Associated’s Team Manager Brent Thielke dominated with his T4.1. Brent TQ’d three of the four rounds with Tanner Denney TQing Round 4. Tanner is sitting in the second spot, Daimon Borkowicz qualified third and Zack Genova is starting fourth on the grid.

Pro 4 Short Course has MIP’s Matt Olsen taking the top spot. Matt TQ’d three of the four rounds and looks to dominate the A Main. JConcepts Team Driver Max Fluer started qualifying with a TQ in Round 1 and will sit second on the grid, Blake Boggs will start third and Jeffery Fleckenstein will start fourth.

1:8 eBuggy, this years largest class, has Brent Thielke sitting in the number one spot. Brent TQ’d the first two rounds with Max Fluer who TQ’d round 4 sitting second and Jake Dellinger who TQ’d Round 3 is starting third on the grid. Justin Cranford will start fourth.

The Sportsman classes also saw some great racing. 1:8 Buggy Sportsman class has Mitch Wilson who TQ’d Round three and four starting in the number one position, Will Kidder who had the TQ in Round two will start second and Nathan Harrison will sit third.

William Quimby takes the top spot in the 1:8 Truck Sportsman class, William had a TQ in round three. Jason Norwood TQ’d Round 4 and will start second on the grid with Kris Harris who had the TQ in Round 2 sitting third.

In the 1:10 2wd Stock class we had Michael Guzman TQ all four rounds to take the number one spot. William Ables qualified second and John Bernard JR will start third.

In the 17.5 2wd Short Course class, Michael Guzman qualified in the top spot with a TQ in Round two and four. Matt Olsen will start second and Dave Duncan taking that third spot on the grid.

The A Mains will start at 10am Central Time Sunday Morning, we’ll be broadcasting all day again on LiveRC.com and keep checking the great coverage on RedRC.net and RCInsider.com

For more photos from the JConcepts Clash visit RedRC.net 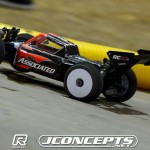 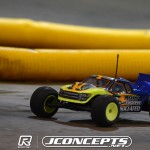 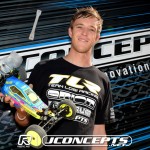 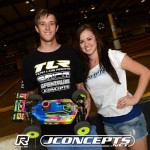 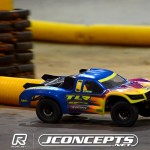 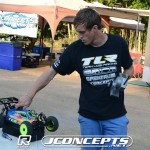 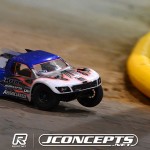 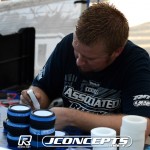 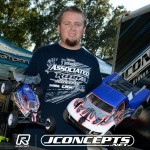 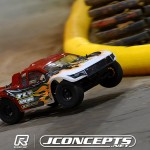 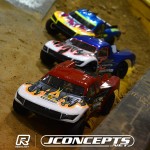 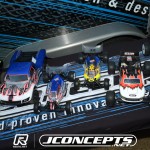