With the series visiting 5 different tracks throughout the 8 stops on the tour it was one crazy year! 13 different classes were offered for all types of driving skills and preferences. I ended up running all three of the superstock classes which include 2wd, 4wd and truck.

Coming into this last race I had already wrapped up the truck class, was leading 4wd due to a tie breaker (but anyone in the top 4 had a chance at winning it after this weekend) and was sitting 2nd in 2wd with 3rd place, Kyosho team driver Mike Katz, only one point back!

Just like any other race at Hotrod it was a perfect blue groove and orange barcodes were my tire of choice. With three rounds of qualifiers Saturday and one on Sunday to be followed with 8 minute mains, it was time to start a long race weekend. After three rounds on Saturday I was not doing too good, with lots of bad luck, and not all that much track time (due to missing practice) I had to make sure to strap it up Sunday to get out of my 8th place position in 4wd and my 5th place position in 2wd.

The next morning I was ready… I wrenched hard all night and felt good about the day ahead. Knowing that I had to make things happen with only one round of qualifying left to try and get the TQ points, I did just that and took P1 in 4wd and made up a little time in 2wd to start 4th overall. Now that I had got my cars working right, and got the flow of the track I knew I had to make things happen in the mains.

My 4wd class was up first and like I said before 8 minute main events means anything can happen, but I stayed calm and made sure to save my tires and not over heat the motor to take the win for that race and the overall championship!

Next was 2wd and I was starting mid field with Mike Katz starting on pole (now tied with me for 2nd overall.) The tone sounded and I was on a mission but could only manage to work my way up to second letting Katz take the win and second overall in the series.

Congrats to all the winners, and wow what a season it was with some of the closest battles I have ever seen. Next up, Northern California Championships. 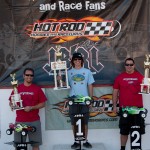 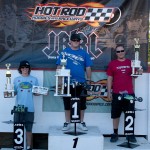 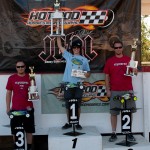