Jackie here reporting from SRS, home of the Jconcepts 25th annual Arizona State Championships! Were back to the track on a dry and warm October night in Scottsdale, Arizona for some Wednesday night club racing. With temps topping out at just about 100 degrees today, I was counting the minutes for the sun to set. A decent size brush fire broke out about 25 miles northeast of Scottsdale just before noon, filling the air with ash and smoke, setting the stage for a dry, “indian summer” evening. With almost 50 entries, and the weather cooling down nicely right around start time, I was ready for another great night of racing.

Qualifying went smoothly without a hitch. I put in a good run in round 1 of 2wd with almost an 18-lap effort; my time would hold up through round 2, putting me out front going into the main. Pro-Lite, with 11 entires, was the biggest class of the night, and did not disappoint. Running some sticky green Jconcepts Goosebumps, Brandon Fox once again Tq’ed and took the win, with Garrick Lastra the “bridesmaid” for the second club night in a row. Fourth qualifier Marvin Elkin finished third, battling with fourth -place Aaron Cox nearly the entire main.

In the 2wd main event, I had a couple bobbles at the start, putting long-time racer James Gallatin out front for the first couple minutes, running the new “Flip-outs”, the hottest tire for 2wd buggies here at SRS. I tried reeling him in for a few laps but our separation stayed about the same for about 3-4 minutes. At about the 6-minute mark, he had a small bobble coming off the back straight, allowing me to sqeak by. After ten minutes, I took the win, followewd by James closely behind. There were some awesome battles throughout for the 3rd, 4th and 5th positions. Young up-and-comer Josh Bend, with some very impressive laps in qualifying, edged out Randy Locken to take third. Tim hethcox, hot off his three-class sweep at the KBRL in Flagstaff, rounded out the top five.

With another great night of club racing in the books, were coming closer to some great events, like the Southwest Indoor Grand Prix hosted by Competition Hobbies in Tucson next week. I’ll have some awesome photos from that race, and hopefully some video from the “big air” contest! I’ll be back this weekend for some more club racing here at SRS- this time with some laps with the SC10, and the b4.1 with the new “Punisher” body, getting ready for next week’s race. Stay tuned! 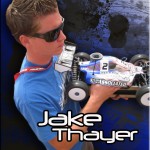 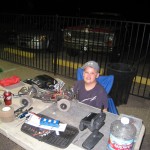 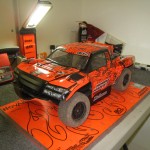 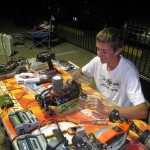 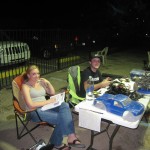 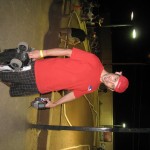 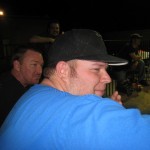 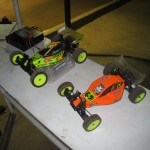 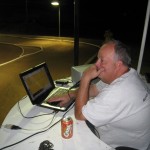 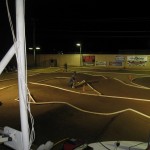 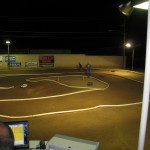 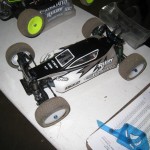 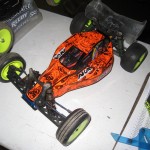 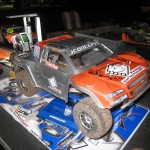 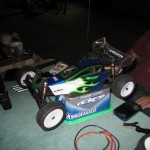 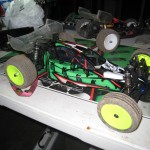 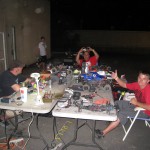 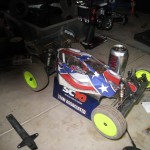 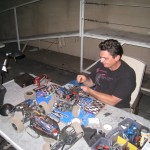 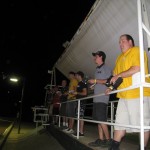 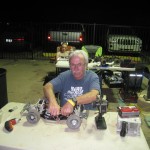