The 2016 Hobbico Winter Shootout hosted by RJD Hobbies in Lincoln Illinois took place this past weekend. Several JConcepts team drivers were on hand for this event which had just over 130 entries. The tire of choice would be the JConcepts Dirt Webs in green compound. Brad Shearer sends us this recap of the event…

Qualifying – TQ in Mod 4wd, Finished 2nd behind teammate Michael Paige after an awesome battle. Started 3rd in Mod buggy, finished 1st after another good battle with teammate Tyler Jones the first few minutes. Won both of the Dash for Cash races as well :D.

I made the 7 hour trip to RJD Hobbies for their Winter Shootout. The Paige’s are great family friends of my parents and Michael is a good friend of mine as well. They always put on an excellent event that’s well run, the track layout was great as well.

I was able to win both of the dash for cash races for each class and was feeling good about the mains. I TQ’d 4wd buggy, only to plague myself with a bad crash that let Mike get away in the main, I would take 2nd behind him with Zac Rose taking 3rd with a B44 as well. I started 3rd in the 2wd A Main and got close to Tyler Jones early on after jumping under 2nd place Dean. Tyler and I had an awesome battle trading the lead for almost three minutes, before I was able to make a pass and pull away for the win. Brad Dean would get third.

It was an awesome time overall. Something new as I have never ran on super soft tires before. The track was very consistent and grip levels were lower than normal. Racing close to one another was tough but everything worked out well! 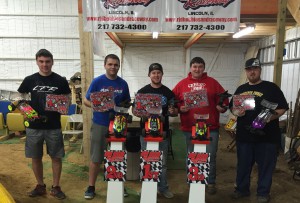 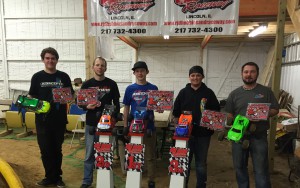 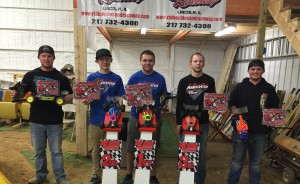