Daytona R/C track was the host for round three of the FORCE series and the JConcepts team was on hand in full force. With a total entry count of 146, things were set for another long day of racing. Practice Friday saw conditions like we’ve had in the past at the smaller “L” shaped track. Morning was wet and gloomy, which changed to hard packed and dusty in the afternoon. The JConcepts team tested multiple JConcepts tread patterns to find out that a smaller pin worked the best on the Daytona track. With the dust higher and the track becoming rougher as the event progressed, the smaller pin wouldn’t grab the rough stuff as much as a larger pin, like a JConcepts chaser. 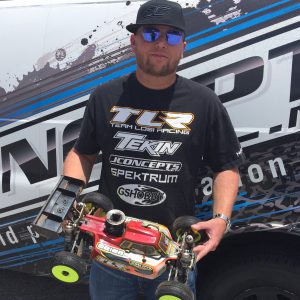 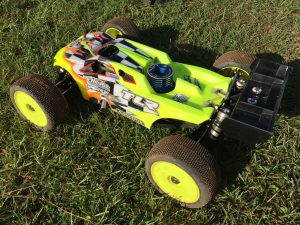 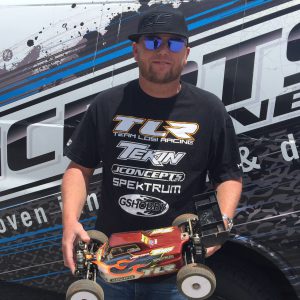 Saturday, it was up early for a long day of racing. After a small track change, it was time for qualifying. JConcepts team driver Graham Gonzales dominated the truggy class with his TLR 8ight 4.0 on green Reflex tires. JConcepts driver JR Mitch did the same with his TLR rides on green Lil Chasers in eBuggy and green Reflex in nitro buggy. John Bernard took his JConcepts equipped tekno rides to the TQ spots in 4×4 short course and eTruggy. Main events started about 4pm and finished under the lights. In eBuggy, JR Mitch ran the new JConcepts green Triple Dees in A1 of pro eBuggy and green Lil Chasers in A2 for the overall win in this class. JR also dominated the pro nitro buggy class on the winning setup of JConcepts Reflex in green compound.

Once again a great FORCE series event with good racing. More of the same as we now head to round 4 at 555 raceway in September. 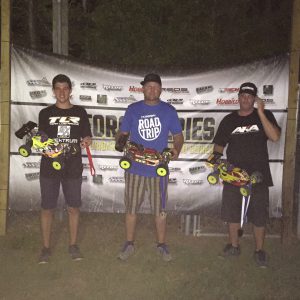 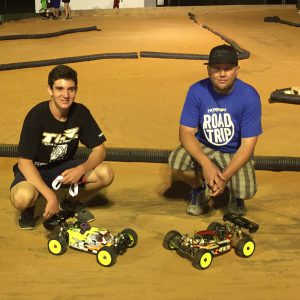 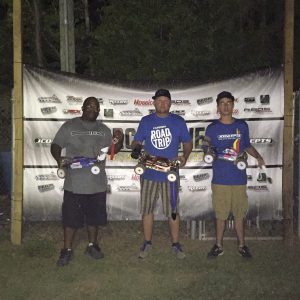