JConcepts wins 4 out of 6 classes at Round 7 of the Florida State Off-Road Series.   JR Mitch continues to lead the highly competitive 1/8th buggy and truck point’s standings while Josh Talmadge wins both sportsman classes to make a late season charge for sportsman supremacy.

The trailer is packed and Paul and I headed off to B&B for round 7 of the Florida State Off-road series.  Pulling into the complex Paul and I found a spot for the trailer and started setting up.  Although we didn’t have an ideal pit spot it was still somewhat close to the track.  The usual crowd was all ready set and positioned with almost an entire day of practice behind them they were in rebuild mode by the time we arrived.

Paul setup the trailer which allowed me to get my RC8b on the track for a few runs.  Everything seemed to be working ok for a non maintained vehicle but there was room for some improvement.  I focused on the getting the layout and tire selection down while I continued to pound some more abuse on my vehicle.  The track layout was pretty quick and challenging with the now normal size 1/8th buggy sized jumps.  The back jump had to be at least 30 to 40 feet ramp to ramp with a berm in front to give the momentum necessary to make the leap.  I really had to stretch the legs on my engine and car combination to make the jump in practice because the track was a little dusty.  With traction and race condition I don’t see a problem clearing it every lap.  This was a full throttle jump and full brake in the air to reach for the downside.  Tricky at best!

Friday night Paul and I made the trip to Long Horn steakhouse for some dinner and R/C and basketball banter.  It just never gets old trying to fix everything.  I think we came to the conclusion it was going to be easier to fix our problems than the Orlando Magic’s problems.

Saturday morning I decided to pull apart the 1/8th scale and check for problems.  Bad idea! 4 races in-between rebuilds is not a good idea.  I was stopped dead in my tracks at the rear of the vehicle because I was unable to get a hex wrench into the screw because it was ground down to the point of nothing.  It’s all about the car prep! Good thing Paul started building the new RC8b because I was going to need it soon.

I fixed my melted brakes, tightened my body mount and mounted tires.  I threw it out for the first qualifier and maintained a pretty good pace behind TQ and 2nd and was on a 3rd for the round until a crash bumped me to 4th for the round.  Not bad considering everything.  As Paul likes to say we rely on the driving a little too much these days.

We had a little excitement toward the end of my qualifier as I had a mini runaway as either someone turned on a radio or my equipment had just finally had enough.  Billy Easton was one of the only ones that recognized that it was out of control and tried to pick it up, most of the other guys apparently it just looked normal to.  Paul went running after the car and got hit by another 1/8th buggy in the process.   His knee is currently being examined by professionals and we have moved him to the in-active list for Sunday’s big game.

Between the first and 2nd round we got a visit from the lunch fairy which was much appreciated as we continued to diagnose problems and talk to the other drivers.  I mounted some yellow Crowbars for the 2nd round of qualifying because the track is now hot and grooved.  JR Mitch put in a good run getting 10 laps in 5:23 which was good considering the traffic and this was probably only his 3rd for 4th run on this track layout.  JR choosing the yellow compound Crowbars appeared to be the best option available to him for that run. I experienced a mental block in round 2 because a turnmarshal was positioned directly in front of my braking point going into the berm so I had no idea where the buggy was as I was entering and exiting the berm.  Attempting to exit the berm at full throttle without vision was a bit scary.  As my excuses and crashes mounted for this 2nd run it was beginning to feel a bit more like an experiment and not a qualifier.

Our day was over after round 2 and while I was searching for options, taking some photos and talking with the guys Paul was building the new RC8b.  At the end of the day we decided to try a little more practice and some engine tuning once again.  Luis Perez lent us a hand in the pits and we thought we had made the right decisions.

The dinner of choice for Saturday night was Sam Seltzers steak house.  Jay and JP Tirronen joined us for the evening with 3 out of 4 preferring the prime rib.  I choose the Filet.

Looking over the heat sheet Sunday morning I noticed not much had changed.  Billy Easton was looking sharp while JR Mitch was sitting up top in 1/8th truck and quietly Nick Angelidas was moving his way up the standings in 1/8th buggy.  Nick is currently sitting a quiet 2nd in points and would like to make a move on JR into first place.  JR has a pretty comfortable position currently as his first 4 or 5 races were nearly a perfect score.  Can Nick hold onto second place or make a move on JR? Only time will tell.

Prior to the start of the Expert buggy A-main we had a small scramble over who stands where on the drivers stand.   During warm-up Billy Easton’s car had a problem and he went running back to the pits to make a repair.  Everyone waited for a few minutes but Billy did not make the start which meant JR was gone and out in the lead and stretching by the 4 lap mark.   Just when everyone thought they were battling for 2nd JR had a throttle servo failure and Ryan Eckert was out also.   Tony Pattishall yelled up to me that they are dropping like flies but I could not seem to take advantage with many early crashes struggling with a run-on problem.   Leon took the lead and drove nice and clean until a flameout caused him to be down a lap.   The dropouts left me in the lead with Juan Mendez running in 2nd.    I was able to pull out about a 14 second lead at one point but the run-on problem and lack of control eventually cost me the entire lead.  Juan and I ran side by side on the last lap with Juan touching wheels with me on the difficult off-camber turn which flipped my buggy.  Juan being quite a sportsman waiting for the turnmarshal to get my car but in the end I just could not hold onto the buggy coming down to the last lap and made another mistake.  Congratulations to Juan on a good run.

The Expert 1/8th truck main was chaos at the start.  Multiple leaders throughout the opening several laps had everyone’s pit guys and spectators on complete alert.  After several laps of battle JR again rose to the front of the pack and out lasted the rest of the field.  Nathan Wincek took the second position and Bart Collins in 3rd.   The JConcepts Cross Hairs finished an incredible 1st – 4th place.

Josh Talmadge is gaining valuable experience while racking up more sportsman victories.  Josh TQ’ed the buggy class but had to settle for the 4th qualifying position in 1/8th truck.  However, during the mains Josh was able to step up to the challenge saving his best performance for the mains by winning the buggy main by 1 lap over Chris Meloche and finished an incredible 3 laps ahead of 2nd place in 1/8th truck giving him the double victory in the sportsman classes.  Congrats Josh!   JConcepts Crossbows and Cross Hairs take a sportsman double win!

Things we learned this weekend –

B&B is a top 3 track in Florida

Air Conditioning is necessary in Florida

Pitting far away from the track is not as good

Walking on a hose to and from the track is tricky

1/8th buggies have amazing durability regardless of make and model

Turnmarshal position can be frustrating

Hanging banners while practice is going on is tough

Paul can build an RC8b in 1.5 days minus the engine

Billy Easton can run back to the pits faster than anyone

Everyone still has engine problems in nitro

27 band receivers do not exist anymore

The Crowbow combination was not meant to go left to right

Letting down your pit crew is never good

Dave Solomon works as a part-time physiatrist during turnmarshaling duties

Paul is a new hero Photographer and turnmarshal

Nails on the drivers stand that poke you is not fun

Sometimes a rental ride is all you need

Walmart makes their own version of Mountain Dew and Dr Pepper 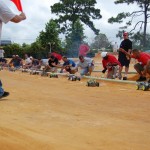 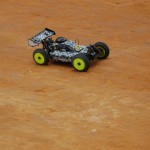 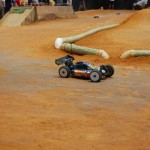 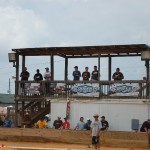 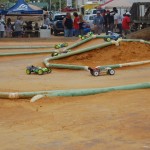 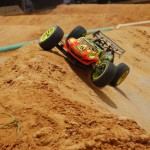 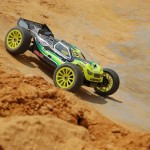 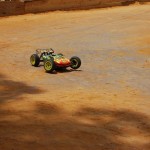 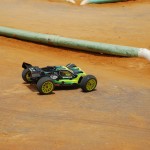 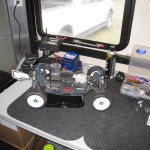 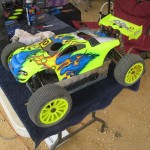 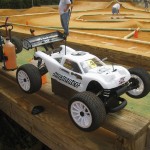 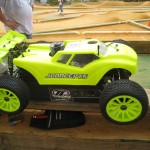