Finally In Omaha – the Trek Continues

They are fixing our plane right now.  Static something…..it’s technical.

Flashing back to lastnight Zach and I watched some classic Gene Husting Born To Race Dvd’s.  1991 and some 1994 stuff.  Zach was born in 1993 so this stuff is completely new to him.

We watched the 1991 Reedy race of champions at RCHR in California and 1991 on-road nationals in Pomona, California.  Wow the reedy race indoor looks so small but the track layout seems cool and meant for 1/10 vehicles.  I think we had a jump at out last super cup race that would be half or more the depth of the RCHR track.  Looks like the track at RCHR was roughly 80 or 90 x 40 or 50.  That was a big race track size back then.

I got the sweatshirt photo to prove it a we are off to the baggage claim.  It’s raining in Omaha folks.  Has anybody ever seen the movie Dirty Rotten Scoundrels?  Lady Fany from Omaha.  Ha. YouTube the movie it’s pretty funny.

Anyways back to my baggage claim.  My mini bag is so wet from the storms outside that I’m concerned about the inside.  I saw on facebook earlier wetness is beauty, however when it comes to baggage wetness is not beauty.

Alamo would be our rental car company of choice and they had 2 midsize options for us, Beetle and Corolla.  Beetle is midsized? If it doesn’t come with the flower in the dash, I’m out!  I wonder what the cubic feet of space is in the backseat of the beetle?  Hopefully an ex VW salesman will chime in on the comments.

I picked the Corolla.  We were now off on our 2 hour journey to Urbandale.  Hobby Haven raceway was just 2 short hours away kids. 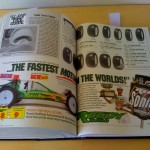 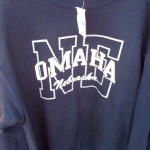 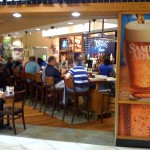