Mitch Jupe sends us a Race Report from the Australian FEMCA Truggy Race. Mitch had a great weekend of racing and finished 3rd overall.

Day 1:
Open Practice. I was very excited to get out on the new layout for the FEMCA Truggy Titles. It was open practice all day so every chance I got I was out there just trying to dial into the very technical layout. The log section was difficult at first but once i figured it out I was all sorted through there. Everything went well in practice and I was very happy with the Serpent.

Day 2:
We started the two timed practice rounds which would determine what heat you would be in. After the practice rounds I was 7th overall which got me in the top qualifier. So I was pleased with that. First qualifier came Thursday arvo and I decided to try some Soft Subcultures, which felt awesome out there. The qualifier went well with no dramas and I got a pretty solid 13 lapper so I was very happy with how it went.

Day 3:
Qualifying all day I was set to lay some good times down, but a small mistake in the first qualifier from the night before left my engine coming loose at the start of the qualifier, so there was my dropped round. Second qualifier I had a pretty good run. I got another 13 lapper so just keeping it consistent was what I was after. Last qualifier of the day was hassle free getting another smooth run in.

Day 4:
Saturday left the last two qualifiers in the morning. I decided to go for Soft Subcultures again. After Qualifiying was sorted out I was sitting 10th overall which was a lot better than I was expecting.

Day 5:
Sunday started the finals but it also started the rain. It rained in the morning and quarters where run in the wet along with my semi. It was challenging in the mud but i just kept it consistent and tried to stay out there, I ended up 5th which got me through.

The rain had stopped and we only had an hour to clean the cars before the A final. The track was in pretty good nick with the racing line just a bit wet but had a lot of grip because of the sticky clay. If you went off the line though it was just muddy. So i started from 10th and just pushed in the final to make it through the pack a bit, just keeping my laps consistent and after the 45 minutes I was sitting in 3rd. I cruised through to the finish to make the podium at the FEMCA Truggy Titles. 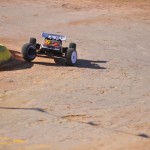 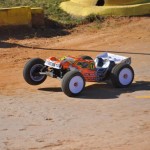 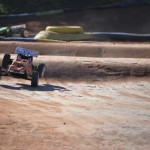 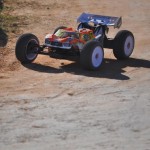 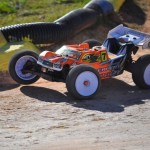 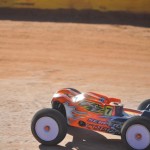