Another Week in Cali…with Pics

I’ve decided to stay in Cali.  7 more days in R/C and Laker land.

Monday was a serious practice day at OCRC.  Denny O opened up so I could begin packing up from the Wave.  So many boxes so little time.

I needed to get Zach and Beav to the airport so time was short.   They made it

After some rental car switch around I got back to the track to test with the Hartsons.  We did some insert and wheel testing which all came out really good.  With the amount of laps Steven has at OCRC he has the ability to feel just about anything.

The reason I know Steven turns 17.4 is because he did 5 of them while running my tires and wheels….:)

We performed a direct comparison on a consistent track with perhaps it’s most consistent driver.  The results are in folks, the Rulux wheels are fast.    Any Myths about spoke wheels were busted on this day indoors at OCRC.  ~Busted stamp~

Oh BTW I have put around 170-200 minutes on my gold Bar Codes. Photo coming soon.  They are still holding strong.  They should be good and broke in for when Maifield comes to OCRC.

Monday practice at OCRC was fantastic.  I was doing practice sessions with Hartson, Cavalieri and Jarosz.  4 car battles which usually ended up with hot laps by Hartson and RC.  I will get some more photos today of the rest of the guys.

Monday night was a little rough.  My sleep pattern has been altered for Tuesday and Wednesday…ugh

Tuesday was an official practice day at OCRC.  If you have a short course truck in southern Cali. chances are you will end up at OCRC on a Tuesday.  The Cavalieri, Ruona and Jarosz practice trio hit the track again but it was a lot rougher and I broke an axle.  As the Cali guys say I was “over it” for the day.

I decided to do something productive and went to some local hobby shops and a trip to see Airtronics and Hobby People.  Robs hobby shop was a perfect blend of a family atmosphere and professionalism.  I met Rob and we talked R/C and then I was off to see Craig at Airtronics.  No more M11x’s are around so I’m still rocking my dusty standard M11 for now.  Maybe a wrap would help it?

I headed back to OCRC for a packup and chat with Barry Baker. When are we doing dinner BB?  Text me later.

Apparently a basketball game was going down Tuesday night in LA.  According to my booky BB this was going to be a 15 point blowout for the Late Show.  Melo might have something to say about it though.

Western Finals time! Everyone is super pumped around here.  Actually feels good to see so many basketball fans around.  At home it is all about college football and pro football. I guess they are all exciting sports but I like the big stage NBA myself.

The sound I hear is a very large LA bandwagon cranking up.

College sports is already on the list from eariler right?

We drove over to meet King Saxton at the Yard House in Cavalieri’s Lexus ISF.  Let’s go ahead and drag and drop Pudge into our ongoing “got it figured out” list.

I wanted to drive the Yaris but the guys complained about it being guys night and the Yaris would draw too much attention.  I agreed.

So for game highlights it was a Melo show early and a Kobe show late.  I don’t think Kobe can handle Melo in the post.   Melo was bringing it and was dominating inside.  The Lakers were on the ropes…..no wait Kobe scores 18 in the 4th.  Lakers win!  Ugh

Saxton and I were going nuts for Melo and Mr big shot.  Man am I a Billiups fan now?  I guess since he is west coast and won’t be dropping 40 on the Magic now all season I’m a fan.

Cav, Roice and Jarosz had it their way Burger King style and Lakers win.

Cavalieri quote of the night.  If lakers win this game then Lebron has to give the MVP back to Kobe.  I asked since LeBron was not playing in the game was that fair to Lebron?  He said whatever Kobe is better.  Got to love California!

Stay tuned for club race updates tonight.  I’m heading to AE to make my B4 faster because I’m dropping a
17.8 tonight. 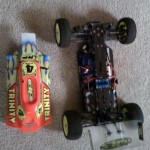 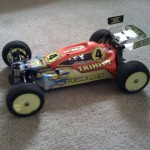 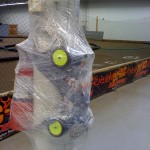 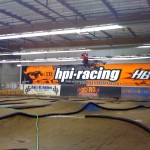 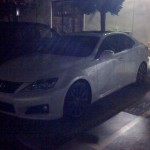 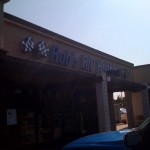 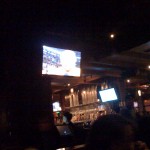 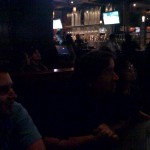 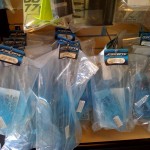 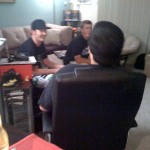 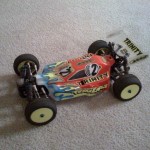 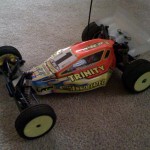