This was my second trip to West Monroe, home of the Southern Nationals. This race always puts on a great event and this year was no different with awesome A/C pitting, dialed track layout, and of course great racing.

AJ Marasco and I made the 11-hour trip starting Wednesday from JConcepts and arrived in West Monroe Thursday around lunchtime. After setting up the JConcepts booth/pit area, we decided to take a trip over to Duck Commander which was right around the corner from Hamilton Expo Center where the Southern Nats are held each year. The next day (Friday) started practice and the track looked to be a lot more moist at the start of practice than last year’s event. Both AJ and I would try JConcepts green Reflex, JConcepts black Triple Dees, and JConcepts green LiL Chasers, which all performed very well on the track. I also received good feedback for the retail side of our booth. As the day continued we saw the track drying out more and more moving our attention in all three tread patterns to our green compound. Along with the super moist conditions we saw at the beginning of our day this caused a slightly rough condition for the rest of the event. Saturday started qualifying and JConcepts saw great runs from all of their drivers, including Cole Ogden. Cole took a round TQ over current world champion, Ty Tessmann, on JConcepts green LiL Chasers in round three. Cole went on and had great runs in both nitro buggy and in the truggy class to put himself in a great starting spot for both mains.  I had an up and down qualifying day, but I still wound up in the Amain for Sunday’s main event. AJ was getting used to his borrowed JConcepts equipped AE RC8B3E and he found himself in the top half of the B main in the expert eBuggy class. Sunday was main day and we saw a very long day getting to the A mains, which were at the end of the day. AJ had a great drive in the expert eBuggy B main, where he won and bumped into the A main on JConcepts green Reflex tires.  The expert eBuggy A main was a tough battle for both me and AJ, as we tried to work our way to the front. After the triple A main, I finished 5th and AJ 12th. Then it was on to the pro truggy Amain where Cole battled with the world champ and all-around great guy, Joe Bornhorst, for a good part of the race. Cole drove his JConcepts equipped Mugen on blue Reflex tires to a third place finish by the end of the 45 minute main. Pro Nitro buggy was the last race of the event and Cole battled with Ty and Joe for the top spots at the beginning. At about the ten-minute mark, Cole unfortunately had a flame out that put him in the back of the pack. Cole’s never say die attitude in the main and super fast lap times helped him come all the way back to 3rd at the end of the 45 minute mark on JConcepts blue Hybrids. All in all a great event for me and JConcepts. Thank you to everyone involved for making this great event possible and we look forward to this event next year! 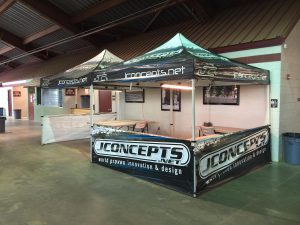 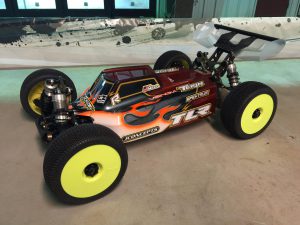 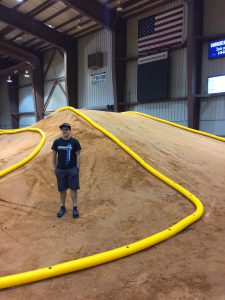 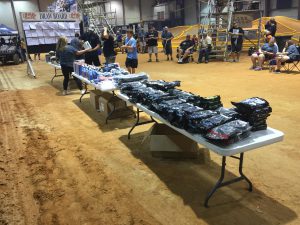