The JConcepts Smoothies sail to victory at the first round of the 2016 JBRL Electric Off-road Series.

Coyote Hobbies located in Victorville California hosted Round 1 of the JBRL Series. JConcepts was well represented in all classes with the Smoothies in Gold Compound being the tire of choice.

In the competitive 4wd Mod class it would be former World Champion Steven Hartson taking the win followed by Kevin Motter in second. Motter had to battle his way through the lower mains after rough qualifying rounds.

Nick Wautlet also running Smoothies and the JConcepts Hi-Flow body would TQ Mod SCT and go on to take the win. 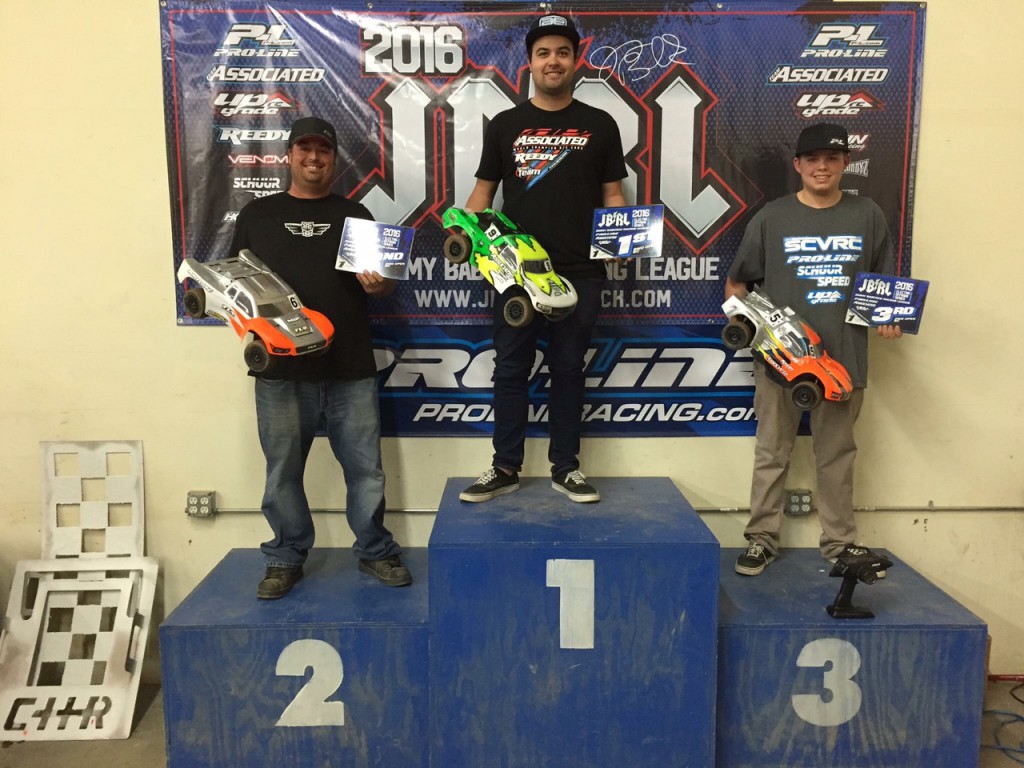 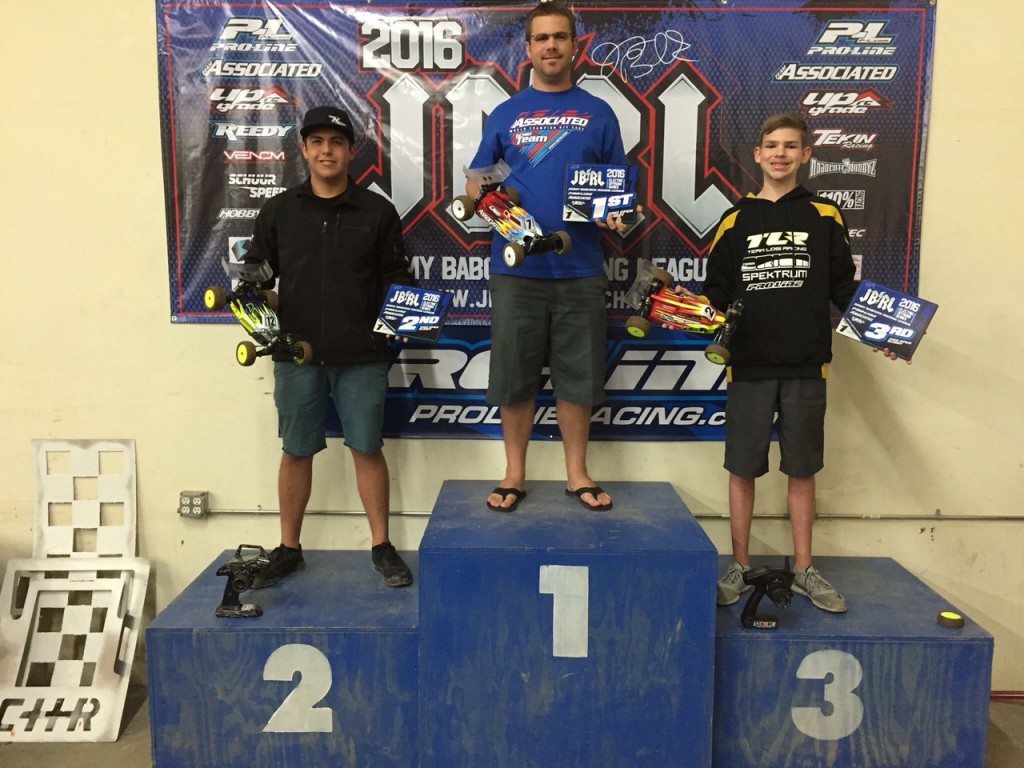 In the Stock Truck class it would be JConcepts driver Matthew Alvarado taking the overall win. Matthew would finish second in the Stock Buggy class.

Round 2 will be held April 16th and be hosted by SDRC Raceway in San Diego.