The Tasmanian 1/10 offroad state titles were held over the weekend of 20-22 February at the Goodwood club in Hobart, Tasmania. Racers were treated to a fun dirt track and hot summer weather.

The JConcepts Australia team had a successful weekend, taking 4 state titles and 5 TQs over the weekend.

Keeping the success in the family, Rays 9 year old son Lachlan took TQ and won all 3 finals in the 17.5T Junior class with his B5M to win his first ever state title.

Thanks to the club for a great event! 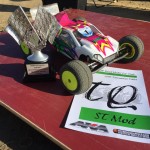 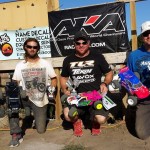 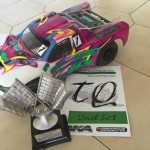