It’s time! Welcome racers and RC enthusiasts to the 2015 JConcepts Indoor National Series. It’s back and better than ever with the addition of the 13.5 modified 4wd class to broaden the class range for more competitive racing. From the east coast to the west, this ultra competitive 5 race series makes its way once again to SMACTRAC in St. Louis, Missouri for round 1 of the highly anticipated 2015 JConcepts INS.

Congratulations to last year’s INS overall champions, including TLR/Orion/JConcepts star driver Ryan Maifield, who looked nearly invincible last year and took home 3 mod titles including the highly coveted 2wd title as well as 4wd and SC. Also congrats to Kyosho/Orion/JConcept’s Thomas Tran for winning the modified truck title along with TLR/Trinity/JConcepts JR Mitch for winning the modified 4×4 SC class. Also, congrats to Kyosho’s Dustin Delaney for winning the ultra competitive 2wd stock class. However, this year’s title race starts over on a clean slate and looking to crown new Champions in all classes.

The race format is unchanged from previous years with Friday open practice and seeding in the evening to set up for 3 quals on Saturday based on best 2 of 3. This sets the stage for an exciting A’s for the modified classes on Sunday. With practice currently underway and most racers starting to find their groove, seeding tonight will be a sneak peak at this weekend’s action packed racing. Making his first trip to SMACTRAC and all the way from the Pacific NW is AE/Reedy/JConcept’s Michael Schoettler. Other notable names at this event is AE team manager, Brent Thielke, JConcepts’ mastermind Jason Ruona, the Horne family, Luke and JP Richards, TLR’s product manager Frank Root, and Cody Hollis to name a few.

Stay tuned to Facebook and 2wdMod.com for updates throughout the weekend. 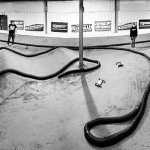 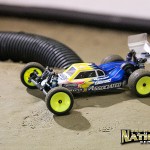 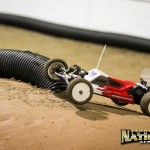 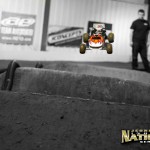 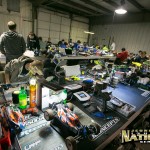 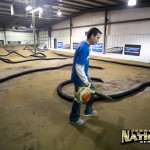 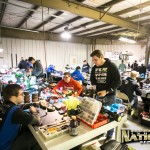 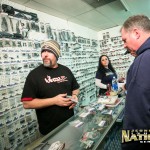 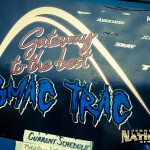