The 2015 JConcepts Indoor National Series made it’s way to the popular RC Excitement in Fitchburg Massachusetts. Just outside of Boston, with the fall weather beginning to slowly creep in to cooler temperatures in the mornings, and the leaves beginning to change into the bright fall colors that are well known for the region. Inside the facility however, the racing was hot on the fast flowing layout. This year’s circuit had a good flow and feel, with elevation and enough jumps to keep even the experienced drivers on their toes. Todd Anderson and his staff had the track, pit area and shop ready for the weekend full of visitors.

The weekends race scheduling began with Friday controlled practice that ran well and got all of the drivers plenty of laps heading into a seeding round that evening. With the amount of entries from the previous year’s events, this time would only be 2 rounds on Saturday followed by the 3rd round and main events on Sunday. Qual points would be used with 9 making it into the main, with 1 bump up from the previous main in each of the classes. Actually the longest day was the seeding rounds, checking in racers correctly which made for the race days to run much smoother allowing for traditional dinners and evenings out, or wrenching in the room for the 374 racers that attended. As it has been the trend of late, the 2Wheel Mod and 4Wheel Mod classes have been the largest at events around the country which was also true here, with 77 entries in each of the Mod classes. Combined with the Stock, 13.5 4WD and the Mod 40 and over, the buggies racking up 247 of the total entries.

Starting off with a bang was Alex Koscuiszek from Connecticut with his Associated B5M fitted with JConcepts accessories laying down the quickest time. In 2nd place making the trek stateside was the AE/JConcepts driver Damian Lamy from Quebec Canada followed by Rudy Rico from California. Koscuiszek would continue to put himself up front with other drivers like TLR’s JR Mitch from Florida giving it a shot at the front, along with Lamy, and Daimon Borkowicz. However in the end it would be Alex K locking up the 2Wheel TQ. The fast Floridian Daimon Borkowicz from AE/JConcepts would lay down the fastest run in 4Wheel followed by Fitchburg local and track designer Toddie Anderson with his TLR. Round 2 would go to Koscuiszek and the two youngsters would battle it out in round 3 for the overall TQ going to Alex K ahead of Daimon followed by Alex Miller.

Sunday’s main events would start off with Mod SCT. Wisconsin’s Chad Due secured the TQ with his AE SC5M on JConcepts Dirt Webs. At the tone, Chad and Christian Toic had an epic battle throughout the entire race. For the complete 8 minutes the two drivers were never more than a few feet apart as they battled through the race, and lapped traffic. Swapping the lead 5 times however it was Due taking the win over Toic followed by local Caleb Jennings with his TLR.

Mod Truck would have Top Qualifier, JR Mitch lead off the field, making a mistake on lap 5 to give Austin Horne the front position. A few laps later Horne would give the lead back to Mitch as Horne’s brother Aydin would move into 3rd at the same time. Aydin Horne and Daimon Borkowicz would battle back and forth in the latter stages for the final podium spot with some intense racing with Borkowicz claiming 3rd, Austin Horne in 2nd and TLR’s JR Mitch with the win.

Pro 4 would have MIP’s Matt Olsen and his Pro4mance SCTE with JConcepts Bar Codes in Blue compound in control of the race from his front spot on the grid. Making his way through traffic, Olson was on rails and never challenged throughout the race. 4Wheel A1 was ugly, starting in P1 Alex Koscuizek got away and ran off with Alex Miller in tow. Coming through the field and staying clean was JR Mitch from 6th on the grid. A2 went much better as the field raced this round again with Alex K in the lead followed by Daimon Borkowicz from his 2nd spot on the grid. The lead kind of accordioned back and forth with Borkowicz putting on a charge to make this race go to A3. Racing nose to tail for several laps as the time was winding down a slight bobble on the last lap allowed Alex to get away and take the class followed by Daimon, Miller, and Rob Betts from 9th on the grid and Mitch.

A3 Alex Miller took off and never looked back as Chad Due worked his way in to 2nd to better his 2 DNF’s. With his 2 wins, Alex Koscuizek gets the top step overall followed by Alex Miller 2nd and JR Mitch in 3rd.

2Wheel started with TQ Alex Koscuizek leading off and controlling a comfortable lead when late in the race a mistake dropped him all of the way to 5th. Damian Lamy inherited the lead from his 2nd spot in the field where he has been for most of the race. Never giving up, Alex pushed hard and gained back the lead he gave up slicing through the front runners for the win.

A2 had Koscuizek make another mistake on the opening lap and the front of the pack took off with JR Mitch in front followed by Damian Lamy and Daimon Borkowicz. Mid race a mistake by Daimon would flip positions with Lamy as it would stay that way till the end forcing an A3 showdown for the win.

From the start, JR Mitch was feeling fast as he and Alex K took off and were nose to tail through several laps. A mistake from Alex and it was Mitch into the lead only to make a mistake a few laps later giving the lead back to Alex who never looked back. A3 wonder boy Chad Due worked his way into 2nd from his place on the grid ahead of Daimon Borkowicz as the final buzzer went off.

Again with the winning two mains it was Alex Koscuizek with the overall followed by Damian Lamy with a pair of 2’s and JR Mitch taking the 3rd step.

The event is in the books, and it is safe to say this event was fun for all. RC Excitement was an excellent host for all of the racers, family, and spectators within their facility. The staff handled it like just another weekend, even offering tips on the outdoor crawler courses and racers took laps around it throughout the day on their down time. A special Thanks to Todd Anderson, the Anderson family, and the RC Excitement family for another great year at the Fall Indoor Nationals. 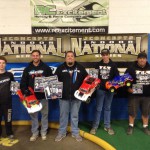 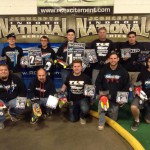 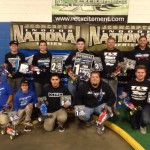 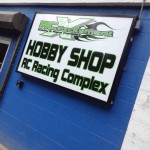 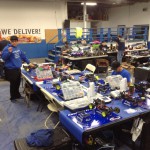 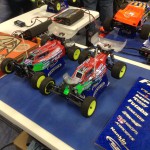 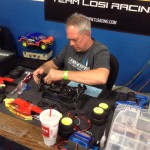 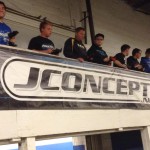 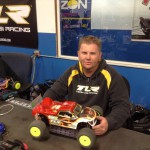