For the 3rd year, OCRC hosted the Stock Nationals presented by JConcepts at their world famous facility. The format is simple. 17.5 motors for all classes and an expert and sportsman level for the club racers. With some of the areas fast guys running expert, and several drivers coming in from out of town, the race hit a record number of entries at 191.

With 3 rounds of qualifying on Saturday, one more and mains on Sunday, plenty of track time was had by all of the drivers. With a well run program to get everybody out in time to go have a nice dinner at some of the many local eateries in the Huntington Beach area.

The fresh layout was well received as it provided fun for all level of drivers, and a challenge for consistent quick laps. As the track got more runs on it, the fast way around became more worn in, and a slight groove formed to add even more traction if you were doing it right. The OCRC sprinkler system kept the track consistent throughout the day.

On main day the lower races were run with 2 bumping up to the next race. When it came down to the final A’s, many of the drivers were very close on times, which seem to be normal with stock racing, soma clean run would be key.

2Wheel final had Steven Hartson in P1 and leading the way as 2nd Qualifyer Kevin Motter stuffed a pipe at the completion of lap 1 to collect Jake Thayer, Nathan Bernal, Ashe Deering, Eddie Bernal and many in the train following. With Steven on cruise control comfortably out front, the battle was on for the podium. With the Bernal’s and Thayer with Motter playing catch up, some hard racing transpired over the next 9 minutes, and it came down to a last lap, last corner attempt by Nathan to get by Dad. However he gave it back at the awards presentation. Hartson took the win, followed by Eddie Bernal, and Nathan Bernal.

SCT had a battle for the TQ spot with Kevin Motter collecting the pole to lead the field off. At the tone, Motter’s SC10 with Dirt Webs would lead and take the win along with Jake Thayer in 3rd. Both drivers selecting Gold compound for the weekend.

With a drivers social on Saturday evening with Supercross on the television. The super clean program and some of the best racers in the Southwest. The JConcepts Stock Nationals is a fun filled weekend that many will be looking forward to again. Thanks go out to Robert and Nick Black for the hospitality of OCRC. JConcepts for the continued support of the one off event. And all of the racers who make it happen.

See you next year. 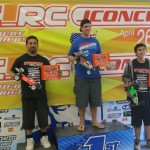 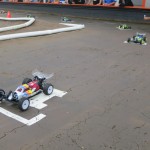 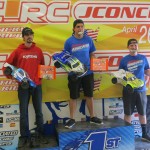 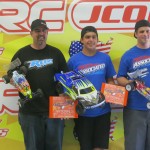 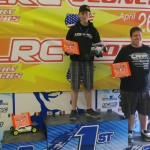 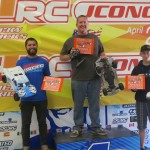 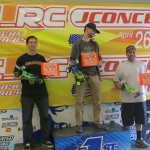 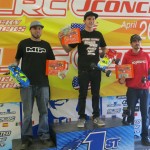 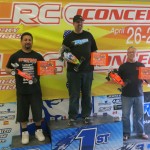 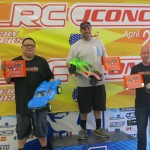 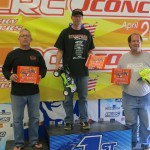 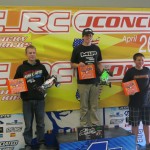