The JConcepts Spring Nationals was held this past weekend in Washington State hosted by Tacoma RC Raceway. Stop 2 of the popular Indoor series, the event was attended by a number of top International racers along with the best racers from the North West.

Steven Hartson took the top honors in 4WD Buggy, his first visit to Tacoma RC Raceway. With local racers stamping their authority on Mod Buggy, in 4WD it was Hartson who wrapped up his first buggy victory of the 2014 series thanks to a win in A3 over JR Mitch and Tyler Vik. With all three drivers in contention for the overall win going into A3.

In A3 the World Champion was taking no prisoners. Hartson’s JConcepts equipped B44.2 was the only car to do a 13-second lap in the race, and had the inside line for the corner and went for it. Mitch said he just tried to hold his own in the race adding that Hartson was ‘on another planet’ in terms of his lap times this weekend.

JConcepts Team Driver Michael Schoettler dominated the Mod 2wd Buggy class all weekend. Winning A1 with ease, A2 would prove to be a bit tougher for the JConcepts/Associated driver as fellow Tacoma racer Luke Smith mounted a challenge that would see him lead for four laps half way through the 5-minute race. The two, who are used to battling one another weekly, Schoettler retook the lead finishing ahead of Smith by just under a second to claim a very popular overall 2WD Mod win. In A3 Smith would go on to take the win over Tanner Denney with Ryan Matesa seeing off a major challenge from Brent Thielke to finish third. The result would see Smith & Matesa complete an all local talent podium with Thielke ending up as the best visitor with fourth overall. Michael would also TQ and win the Mod Truck class.

JConcepts driver John Walentia dominated the Mod Short Course class all weekend. John finished qualifying on top taking the overall TQ and starting first on the grid for the main event. John went on to take the overall win, with an almost 7 second lead over second place. Dion Denison would take the number 2 spot and Matthew Olson would finish third.

JConcepts Team drivers dominated the 4wd Short Course class. Chris Gould would take the TQ spot going into the single A-Main event. A close battle between JR Mitch and Matthew Olson made for a great race with JR taking the 2 spot from Olson after 10 laps. In the end, Chris would take the overall win tone to tone followed closely by JR Mitch and Matthew rounding out the podium.

It was another great event hosted by Tacoma RC Raceway, a special thanks to Scott Brown and crew for a great facility and we look forward to returning soon. Be sure to make it to Round 3 in the series, the Summer Indoor Nationals will take place July 12-13, 2014 hosted by Outback Raceway in Chico, CA. Visit the JConcepts Events Facebook page and the JConcepts Events page for more info on the series.

Visit RedRC.net for full coverage from the event including videos. 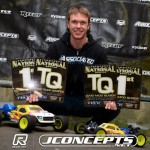 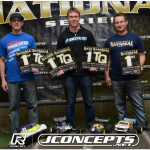 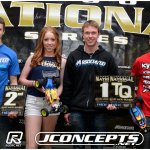 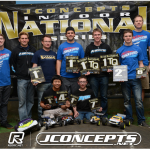 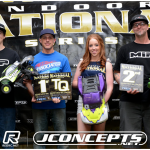 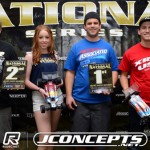 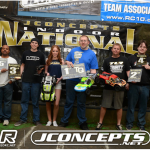 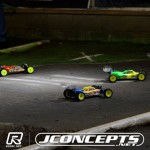 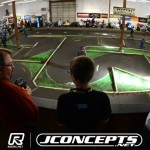