The Horne Family sweeps the Invite Class with JConcepts.

Factory Tracks Racing, a promotion company from Michigan racer Al Horne held the JConcepts Factory Tracks Invitational hosted by the RC Clubhouse located in Warren, MI. Just outside of Detroit, the RC Clubhouse is an amazing facility with the track, permanent pitting and a hobby shop all enclosed in one building. The track for this weekend was not overly technical allowing drivers to quickly learn the layout and get to some close tight battles racing side by side.

The format for the Invitational is to have the fastest racers from the region compete in a Reedy formatted event with JConcepts Dirt Webs in Gold Compound as the control tires for the ultimate regional champion. With five rounds of 2wd Mod Buggy on Saturday and five rounds of 4wd Mod Buggy on Sunday along with Open classes with a normal program for the other Stock and Mod drivers.

Getting into the Invite with random starting grids and heads up racing, Brian Borle was running strong with his Associated B5M getting 2 wins in the first 3 rounds. Aydin Horne also collecting 2 wins with his B5R, and Jason Jakubczyk had his Kyosho RB6-Mid with a win and 2 second place finishes. Getting into the later rounds, Jakubczyk added another win, but Aydin added 2 more.

Going into day 2, all of the drivers were lined up behind 11 year old Aydin Horne. Brian Borle, Jason Jakubczyk and Austin Horne were tied for 2nd. Followed by Paul Sinclair with his X-Factory tied with Al Horne and his B5M. The top 9 drivers were separated by only 7 points.

On Sunday, the Invite drivers were switching over to the Hi-Speed 4wd Buggies. Getting lap times into the 18 second range, it was a handful to get clean runs in. Al Horne started off with a string of wins to put himself in a good position. Mason Perillo had his B44 on point with 2 wins and a 2nd. Brett Kingsbury had his B44 dialed in, probably the best car on the track with 2 wins and a 2nd, but racing luck was giving him a hard time. Serpent Driver, Will Cushing had a good day Sunday with 2 wins, and 2 seconds. Going in to today, leader Aydin Horne had a group of 2’s going, but then laid down some wins to take the overall win. Strangely to be followed by Al Horne, and rounding out the podium with a few wins on Sunday was Austin Horne. Paul Sinclair took 4th, and Brett Kingsbury taking the 5th spot.

The event was exciting, and the Invitational drivers conducted themselves with utmost professionalism and clean racing with many on tires they would never have the chance to be on. For the Open classes, it was a great event with many tight battles. A huge thanks to Al Horne and Factory Tracks Racing for the effort of getting this event going. The RC Clubhouse for hosting the races, and JConcepts support for the Invite Class. 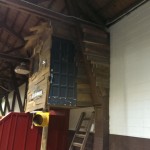 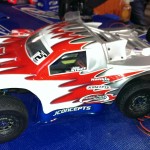 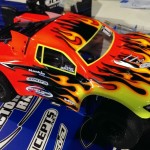 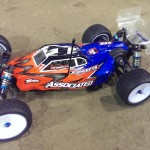 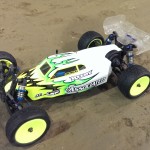 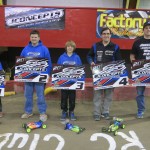 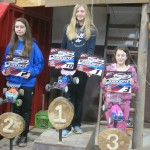 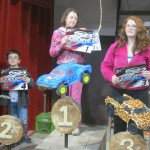 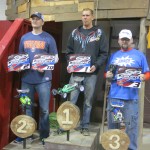 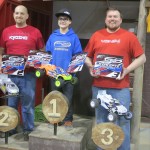 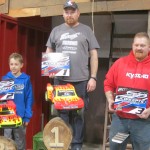 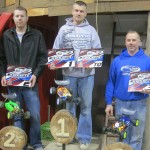 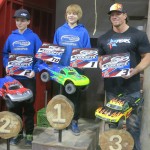 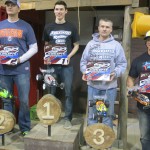 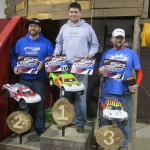 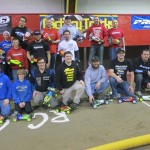 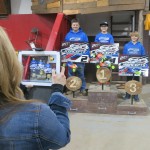 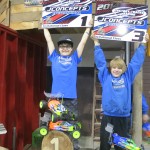