The racers from the Mid-West surrounding area made their way to Omaha Nebraska’s famous Hobbyplex for the 2014 JConcepts 1/8th Spring Nationals. This annual event in its 5th year has turned into the must attend racing event for the Nitro crowd. With a record number of entries at 186, this year by far surpassed the previous year record, and the track along with the program did not disappoint.

As many may know, an equipment failure left Alex Sturgeon with several stitches and a broken arm during the track build. The core group of locals including the owner of the shop and his son jumped in with the guidance of a medicated Alex to make sure the event went off without a hitch. When racers arrived on Friday for practice, a fresh layout with painted infield sections awaited the drivers, and with that, the track opened and most were unaware that there was anything different. Friday was open practice and the drivers stand was full as everyone put in the effort to learn the layout and get used to the drivers stand and track configuration. If you have not been there, the stand is at the top of the building, and the track surface falls away making a unique view, along with a lot of elevation options. This year’s track was very well thought out with no blind spot issues, and more than usual amount of jumps. While the layout tended to be short burst straights with jump sections, the overall circuit was very flowing and provided a fun challenging track for the drivers.

Saturday’s format was 3 rounds of qualifying using Qual-Points. With 21 heats and Alex at the race director chair, the program was ran flawlessly and the 63 heat races were finished around 8:30 pm.

Sunday Main Day. Starting early in the am, the lower mains hit the track as the last chance to work your way into the higher main, hopefully to the A final. Long finals for the Nitro classes, and Triple A’s for the electric would determine the winner of the weekend.

For the E-Buggy class the big mover was Matt Gosch. With issues with his Rent-A-Ride, it took the 3 qualifiers to get the gremlins worked out. Starting at the bottom of the C, he worked his way to a win and bumped up to the B. In that main he worked his way up to 3rd however time was running out. With a lap to go, a simple roll over by Mike Garrison was all Matt needed to gain the final bump to the A. In the A, Gosch was able to work his way up to finish with two 3rds to get the last spot on the podium. TQ and eventual winner Zach Phillips made it look easy with his A1 and A2 wins for the overall, but the man on a mission was Tyler Jones who gave it his all in A2 to try and stop the easy victory. Jones had the lead a few times, and was always within striking distance in A2 to try to force an A3, but ran out of time. Winning A3 sealed the deal for the #2 spot on the podium for Jones.

Nitro Truggy had the young guns of Seth VanDalen with the TQ followed by Tyler Jones and his TLR-JConcepts team mate the elder Kendall Welch. At the tone the top of the field pulled a gap and had a tight battle. Trouble struck Welch and forced him out at the 20 minute mark leaving the kids to battle. An odd flame out for Jones left VanDalen on cruise control however a flame out in pit lane for VanDalen tightened it up. With the top 2 in a tight battle for the lead an extra pit stop would relegate Tyler Jones to 2nd followed by Tony Bacon in 3rd and Mugen – JConcepts Josh Ford in 4th from the B bump spot.

4Wheel SCT had the repeat battle from last year with Kendall Welch and Josh Ford each winning their heat races both using Pressure Points in Green the entire weekend. In the Finals Welch had the TQ spot and went with 2 wire to wire wins to claim the title. Josh Ford laid it down in A3 to seal 2nd overall followed by Kevin Tomsovic.

The last Nitro main would be the Nitro Buggy. TQ would be Tyler Jones with the only two 17 lap runs for the entire weekend, round 1 on Green Hybrids and round 3 on test Dirt Webs in Green. In the 45 minute final Tyler chose to go with the same set of Dirt Webs used from his qualifier. At the tone Jones lead with P2 Matt Gosch on Green Sevens followed by P3 Kendall Welch on Green Bar Codes. With Jones out front setting fast laps, Welch would drop out of 3rd with steering issues. 15 minutes later Gosch would retire with a loss of signal to the car leaving all the others to move up a few spots and battle for the podium. However not the top step. That spot had the youngster’s name all over it as he drove flawlessly for the entire event with his TLR. Tyler’s pace was unmatched and his pit crew had him in and out throughout the final as he took the win with ease. The final podium was winner Tyler Jones, Chad Parks, and Seth VanDalen.

Once again it was a Memorial Day weekend in Omaha. This time a special Thank You to Alex Sturgeon for going above and beyond to make it an amazing weekend. To the crew that jumped in to make it happen and to all of the racers who made the effort to make this a great racing weekend.

So, what are you doing next May? Yeah, me too. See you in Omaha. 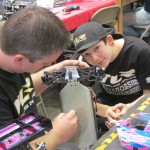 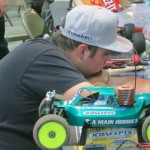 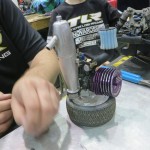 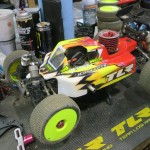 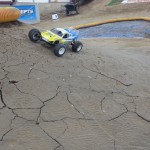 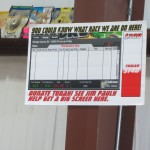 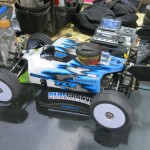 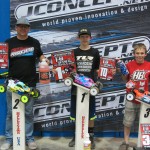 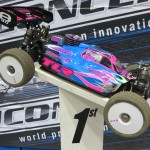 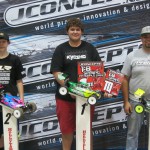 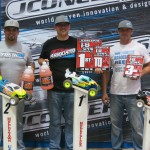 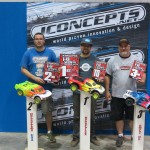 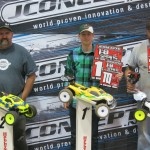 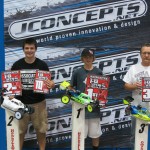 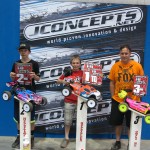