Shiverville Speedway owner and JConcepts driver Ken Shiver, along with his dedicated track crew, put in a valiant effort to prepare for some high-speed racing. Shiverville Racetrack regulars have become spoiled with the track’s high-bite hard-pack surface, and this race was no exception. With nothing but blue skies and sunshine on the forecast, it was all systems go!

The first qualifiers began early in the day, with many opting for the JConcepts Double Dee’s and Rips or Green Bar Codes until the track grooved up. By the second qualifiers, the track had heated up and called for V2 Bar Codes in blue compound all around. Tire squeal could be heard on the sweeper as the groove picked up and cars were traction rolling left and right. The pace picked up immensely, with new TQ’s being set in most classes for round 2 of qualifying.

JConcepts drivers were in attendance with many at the front of the pack in their respective classes. Stock buggy was up first, with JConcepts Driver Alan Wight taking the overall TQ and win, securing him with the overall win in the series. Up and coming driver Cody Wiles came in 2nd and Danny Wight 3rd.

Mod buggy was the first of the mod classes, with JConcepts drivers Daniel Castaneda and Alan Wight duking it out for the TQ spot. Alan Wight broke in the 2nd heat, allowing Daniel to take the TQ spot and the win. Alan Wight ended up 2nd, with Landen Lewis 3rd.

Next up was Mod Truck, with Landen Lewis taking the TQ and win, Ken Shiver in 2nd, and Jamie White 3rd. Landen TQ’ed Mod SCT, but had issues in the main, allowing JConcepts driver John Bernard by with the win, Donnie Jackson 2nd, and Landen 3rd.

Finally, there were the 4wd classes. Mod 4wd buggy was up first, with Daniel Castaneda showing the way. John Bernard and Daniel fought back and forth in the main, swapping for the lead several times. Daniel took the win, with John 2nd, and Patrick Carlo 3rd.

As usual, Shiverville Racetrack put on a great event with its family-friendly environment and premier track facility. Racers will return on November 9th for the 4th round of the series. 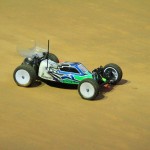 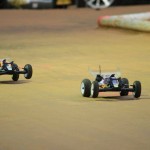 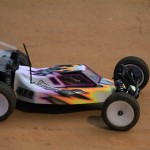 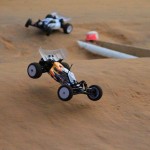 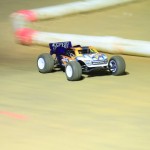 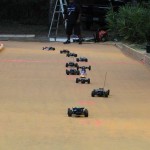 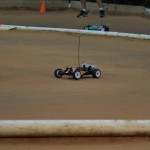 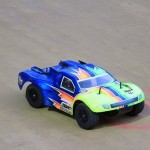 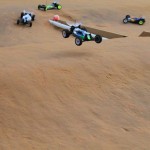