JConcepts landed in Southern California for the Reedy Race of Champions with a fresh assortment of accessory releases while also being an honored partner for the control tire agreement for the prestigious event. JConcepts drivers were out in full force in both the invitational and open classes and the competition was intense all weekend. JConcepts drivers Ryan Maifield, Dustin Evans, Jorn Neumann and Steven Hartson battled for the top positions and podium in the Invitational class while JConcepts drivers stacked a highly competitive field in the open classes.

A highly successful weekend ended with JConcepts products winning in the Invitational class, 2wd open class and the Junior Final. Finnisher bodies, Hi-Clearance wings and a hand-full of unique accessories topped off the winning vehicles. JConcepts direct drivers, Dustin Evans, Jorn Neumann and Ryan Maifield finished an incredible 2nd, 3rd and 5th place respectively in the invitational class capping off an amazing 3 out of the top 5 drivers. Daimon Borkowicz led a 1st and 3rd place finish in the Junior final for JConcepts as teammate Tommy Hinz joined Daimon on the podium, a young dynamic duo from Florida and Arizona.

Fin style Titanium turnbuckle sets
JConcepts first entry into the world of Titanium products comes with a luscious design built directly for strength, performance and style. The style is named after the fin looking appearance of the hefty center adjustment hex. The turnbuckles come standard in the machined, high-grade titanium with a 3mm thread base on each end. Left-hand thread has been conveniently marked so the user can easily orientate the turnbuckles to their individual liking. The Fin turnbuckles will first be released for the B4, B44 and T4 / SC10 line of Team Associated vehicles. Other makes and models are in the works for release later in the year.

#0133 – 7” Hi-Clearance wing
The most popular wing for 1/10th off-road buggies has to be the 6.5” Hi-Clearance wing by JConcepts. Introduced during the 2011 IFMAR World Championships in Vaasa, Finland, the Hi-Clearance has shown incredible performance on all sort of circuits while fitting nicely on a vast number of 1/10th buggies. For 2013, JConcepts has brought a 7” wide version to the development table and introduced it to competition during the Reedy Race of Champions. A slightly wider base gives the wing a larger surface area which allows more stability during low and high speeds which provide some much needed grip in tricky situations. The Hi-Clearance sections near the end plates still allow maximum suspension compression and tire expansion.

Satellite tire rubber bands
Back in 2005 JConcepts introduced a handy accessory to any tire gluer, the tire gluing rubber bands. For 2013, JConcepts has reinvented this product with a uniquely molded version of the tire rubber band with high elasticity capable of stretching on to a full assortment of different sized tires. A nice array of handles are designed to ergonomically conform to your fingers so the user and finely adjust the rubber band to the sidewall of each tire to apply the pressure where it is needed. The Satellite rubber bands will be available in blue and black colors and will include 4 bands per package.

JConcepts striker chassis protective film
A racers ability to decorate and protect the bottom of their chassis has been made easier with the addition of pre-cut chassis protective sheets from JConcepts. With blank, clear sheets already available from JConcepts racers have been able to protect their chassis for quite some time but the introduction of pre-cut and graphically pleasing sheets takes the cutting work out of the equation and allows the driver to spend their time on the drivers stand and instead of the pit area. 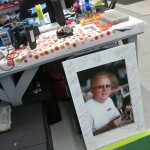 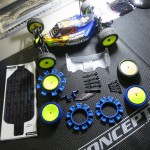 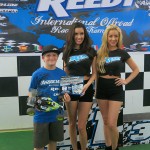 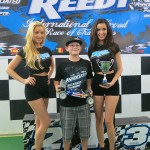 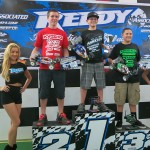 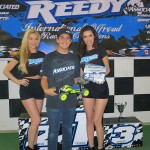 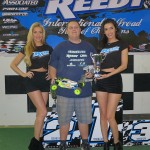 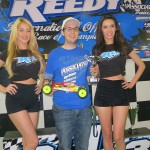 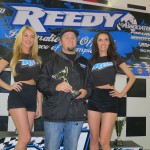 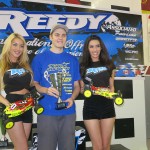 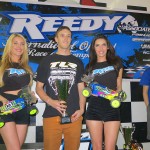 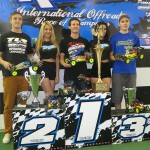 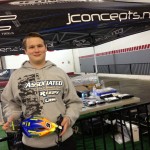 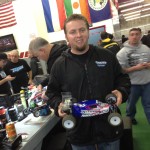 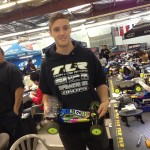 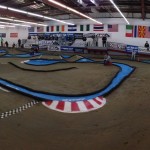 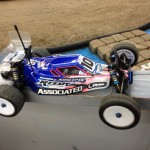