Ryan Maifield, Steven Hartson and Brian Kinwald begin 2013 with a bang for JConcepts.

West Coast R/C Raceway has popularized an early season event sponsored by KO Propo America. The KO race continues to be an early year event typically landing on the same weekend as the opening round of the Super Cross Series in nearby Anaheim, which continues to draw attendance from all around California and Arizona. The competition is always top notch with the reigning World Champion Ryan Cavalieri making this his home track, along with numerous other Southern California racers such as Steven Hartson and Cody Turner.

As qualifying started it didn’t take long for JConcepts drivers Ryan Maifield, Steven Hartson and Brian Kinwald to establish themselves as the drivers to beat in the 4wd modified, 2wd modified and SCT classes respectively. Ryan Maifield had his brand new B44.2 on point, and looked totally in control with the new chassis layout, comfortably taking TQ in 2 rounds of qualifying giving him a points edge for the overall TQ. In the 2wd class Steven Hartson put in 2 amazing qualifiers to also TQ 2 rounds and place his JC equipped B4.1 WC on the pole position. Brian Kinwald dominated all of qualifying with the SC10 FT and JC Hi-Flow body to take the overall TQ in the class.

As the triple A-main event started Ryan Maifield earned A-1 in 4wd over teammate Steven Hartson in an extremely close battle. A-1 of 2wd started with a problem for Hartson, which forced him down to the bottom of the field. Kody Numedahl took over, winning A-1 and looking very confident moving into the next set of mains. During A-2 of 4wd, Maifield once again was out front but this time Hartson put all the pressure on him not allowing any space between vehicles. Maifield and Hartson exchanged the lead several times with Maifield holding on and taking the A-2 victory by only a slim margin.

A-2 of 2wd went to a dominating Steven Hartson who returned to top form after a disappointing A-1. With the overall victory in 4wd going to Maifield, A-3 would be a battle for 2nd and Steven Hartson took advantage earning A-3 and taking 2nd place overall. A-3 in 2wd was set and Hartson again jumped out front and set a fantastic early pace very early. Kody Numedahl was in the 2nd position and looked quick but Hartson was out front like a rocket and kept pushing. Hartson started to gap the field and opened a near 3 second lead at the end taking the win and the overall victory. Kody Numedahl finished 2nd in A-3 which was enough to give him 2nd place overall ahead of Ryan Cavalieri in 3rd.

Congratulations to the West Coast R/C Raceway crew and all the participants for another great event.

Thanks to Jeremy at RCInsider.com for some of the photos. 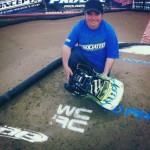 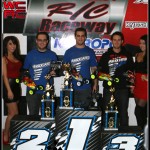 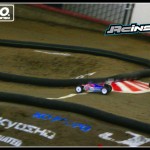 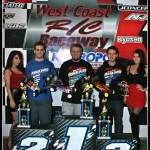 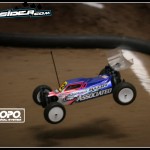 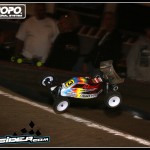 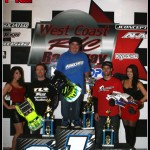 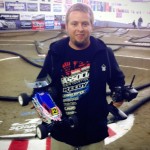 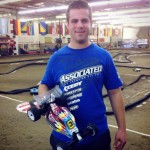