The second round of the Victorian drivers series was held at the Knox Rc Club in the Eastern suburbs of Melbourne. With over 150 entries received for this 1 day event during the short days of winter, racers were in for a long day! The club had worked hard to prepare a challenging but fun track for the event. Combining a long straight and sweeping outer section with a technical infield, big jumps and a bumpy surface, which was slippery due to the cold weather, drivers had to work hard to get the most out of their vehicles.

JConcepts were well represented with Ray Munday (AE / Novak / Reedy), Ash Peeler (Kyosho / Savox), Glen Bonetti (AE / Reedy)at his home track, Leigh ‘Cheesy’ Cheeseman (Losi) and Scott Giles (Schumacher / Fantom) ready to take on the competition. This was Scotts first race in the modified class after winning both 2wd stock and 4wd stock at the nationals. The mod fields were strong with many new faces joining from the on-road scene as EP offroad continues to gain momentum. When the dust had settled and the sun had set, JConcepts had taken TQ and 1st in all of the premier classes – 2wd mod, 4wd mod, SCT and truck.

2wd Mod: After a disappointing Nationals, Ray Munday bounced back to form, winning both qualifiers and the first 2 finals to take a clean sweep of the day. It was close at the front though, with Glen Bonetti and Ben Sterling (Kyosho) within 3s of Ray in the qualifiers. In A1, Ash Peeler pressured Ray for the first 4 minutes but a small bobble gave him the space needed. In A2, Ray cleared out with Glen Bonetti and Ben Sterling fighting it out for 2nd place. In A3 it was again a battle between Glen and Ben, with ben coming out on top. After a strong A1, Ash Peeler had bad luck in A2 and A3. Final places for JConcepts: 1) Ray Munday 3) Glen Bonetti 4) Ash Peeler 10) Leigh Cheeseman.

JConcepts in Green Compound were the tyre of choice, with Rips used on the front and drivers swapping between 3Ds (during the day) and Double Dees (morning and evening). With the bumpy surface proving hard on some vehicles, Ray also debuted the new JConcepts ballcups with success.

4wd Mod: Ray also managed a clean sweep in 4wd mod for JConcepts, with young gun Glen Bonetti pressuring him all the way. Glen was less than 1s behind in Q1 and Q2, not allowing Ray to make a mistake. In A1, they pulled a big gap from the field, Ray winning by less than 2s from Glenn in the fastest final of the day. A2 started the same, but a small bobble by Ray over a rut saw on-road convert Jordan Cullis (AE) take the lead and hold it for several laps with Ray applying intense pressure. Eventually Jordan made a mistake over a jump, allowing Ray and Glen to pass and finish 1-2. The third final was held in the dark and Glen took the win to seal 2nd overall. Jordan showed his future off-road potential by rounding out the podium for AE.

JConcepts Green tyres were again the tyre of choice, with Double Dees used in the morning / evening and 3Ds used on the rear during the day. Ray also used the new JConcepts ballcups for added durability.

SCT: This was a 2-way battle between Glen Bonetti and 2013 SCT National champ Ash Peeler. Glen laid down a super quick Q1 to take first blood, then Ash took out Q2 but in a slower time, giving Bonetti TQ on countback. F1 was a very tight race with Glen holding the lead throughout despite maximum pressure from Ash. In A2, Ash got past early and took the win from Glen, setting up an A3 decider. With the sun down low the third final was run in very dark conditions. Ash got the jump on lap 1 and never looked back, taking out the overall win from Glen, with Simon Healy third.

Ash used JConcepts Double Dees on the front and 3Ds on the rear, all in Green Compound, along with the SCT Hi-Flow body.

Truck: Ash Peeler took TQ for JConcepts after winning Q1 and finishing a close second in Q2 to Jai Davis (Team C, 2013 Truck national champion). Leigh Cheeseman qualified 3rd for JConcepts. In A1 Peeler had an early breakage, allowing Jai to take the win rom Andre Morton and Cheesy. In A2, Ash and Cheesy led the way with Ash taking the win after Cheesy threw everything he could at him. A3 was an anti-climax, Ash jumping out to a huge lead early as the rest of the pack had a massive pile-up. Overall results were Ash Peeler 1st, Jai Davis 2nd, Andre Morton 3rd and Leigh Cheeseman 4th.

The 2013 Knox Cup was a huge success and the massive entry shows that the Victorian Drivers Series is going from strength to strength. Congratulations to the club and a big thank you to the volunteers who maintain the track and run the event! The next event returns to regional Victoria with the Bendigo Cup on July 21.

Thanks to Damien Christidis of Hercules Photography for the photos. 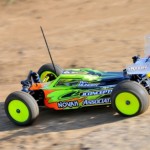 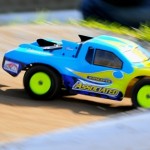 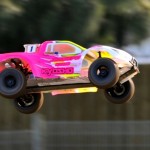 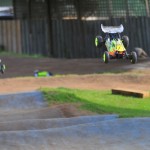 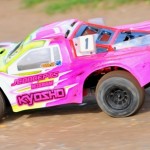 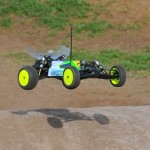 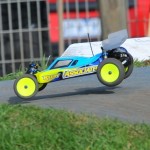 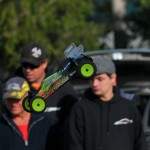 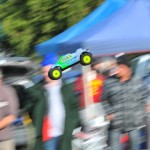 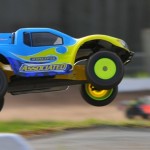 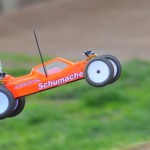 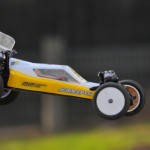