The second edition of the JConcepts Stock Nationals was held April 27-28 at OC_RC Raceway, located in Huntington Beach California. The crew at OC_RC had a fresh, stock friendly layout for the event, that was fun, flowing and had a tricky rhythm section to keep the best drivers on their toes. With stock 17.5, no boost ruling the event, consistent, tight, fast laps were going to get you to the checkers first.

With an increase in entries from the inaugural event to 168, classes were full with some of the fastest drivers in the world giving it a go in Stock at this fun event. The OC_RC crew ran an efficient program to allow 4 rounds of qualifying on Saturday using Qual Points to set the Sunday main events.

The Expert classes had the heavy hitters with 2012’s Champion Steven Hartson back to defend his title against a new batch of drivers including AE’s Ryan Cavalieri, TLR’s Matt Castellano, Kyosho’s Cody Turner, Stock National Champion Kevin Motter along with a host of strong contenders. The Sportsman Stock classes consisted of the club racers and fast guys that didn’t want to race against full blown factory drivers. This year also included a 40+ class of Buggy, Truck, and SCT. Experts would be going for triple A’s, and all other classes had an extended 10 minute A.


First up was Expert Stock Truck. TQ Steven Hartson was out at the tone followed closely by Jake Thayer and Kevin Motter. A mistake by Hartson on the center section would hand the lead to Thayer with Motter tucking in behind. Hartson put down some blistering fast laps to catch the bumper of Motter. The 15 year old held his ground with Hartson all over his bumper. Kevin never missed a line, and Steven could only wait for a mistake that never came. Thayer for the win, with Motter and Hartson in tow. In A2, Hartson didn’t want any more excitement and was looking to disappear. At the tone, he never looked back with the wire to wire win over Jake Thayer sending it to A3 to decide the Champion. Replay from the previous round, Hartson was out front, with Thayer giving chase. Round 1 hero had an encounter with Michael Losi early in the race and had to retire. In the end, Steven Hartson claimed the overall, followed by Jake Thayer, and Matt Gilbert on the podium for a JConcepts 1–2 finish. Expert SCT was owned by Kyosho’s Cody Turner. TQing the event and checked out in A1 and A2 leaving the field to battle out for the rest of the podium, and a battle it was. With several drivers in the mix throughout the race, Jason Dias, Matt Olsen and Matt Castellano mixed it up during the main events, but in the end it was Olsen taking the 2nd position ahead of Castellano in 3rd behind champion Turner.

Expert Buggy has Steven Hartson on the pole followed by Matt Castellano and Ryan Cavalieri. A few laps into the race, a mistake by Castellano would drop him back, moving Cavalieri and Cody Turner up. The first A would finish in that order followed by Kevin Motter and Kody Numedahl. A2 would be the chance to stop Hartson. A mistake by Castellano would drop him back in the tough field, allowing Cavalieri to hang on to make it interesting, but never found the hole or the mistake to get by Hartson settling for another 2nd place finish, again followed by Turner. A3 had Castellano out front, this time Cavalieri making the mistake, and Turner in tow. Kevin Motter worked his way through to the 3rd spot, and closing on the leaders. With time running out, Turner was trying to make something happen, allowing Motter to move closer. Contact in the last two corners sent Turner on his lid. With Castellano’s momentum lost, Motter went through the turn marshals legs and pinned it to the finish line. Castellano coming from the inside pinned to the finish line. The computer spit out the results, and Castellano had lead the entire race except for the last 3 inches. The win going to Motter, moving him to 3rd on the podium with winner Steven Hartson, and Ryan Cavalieri in 2nd. 4WD Buggy had youngster Tanner Matesa from Washington State with the TQ. Tanner had a rough first lap and dropped down the field. Joe Kinsella held the lead, with Matt trimmings keeping him honest and Matesa finding his groove, moving back up. With only a few laps to go, a few mistakes by the lead group gave everyone a chance with the lead. Gathering back up the quickest was Trimmings who would take the win, followed by Kinsella, and Matesa getting the final step.

40+ Truck had local driver Robert Black with TQ. Oh yeah, he also owns the place. At the tone, RB was gone for the win, leaving Jeff Matesa, and Lee Caldwell fighting for the remaining podium spots.

40+ SCT had JConcepts John Piant with the TQ. In the main, Piant lead the entire 10 minutes, with a spirited race with local driver Mango and Chris Scarbrough taking the final podium step.

40+ Buggy had a wild start, but when things settled in, the Fabulous One, Barry Baker held the front edge of the field, with bump up Sean Cochran working his way up from 9th on the grid to get to 2nd. RB giving a go at Buggy let the race come to him and found himself on the podium for the finish. Baker, Cochran, Black holding the hardware.

Sportsman Buggy had local driver Gonzo with the wire to wire win. John Whitaker held off the charging Nick Black to round out the top three.

Special thanks to the crew at OC_RC for the facility and the well run program. To the racers that made this event bigger, better and a lot of fun. Looking forward to next years event and another fun weekend in the O.C. 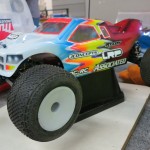 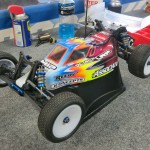 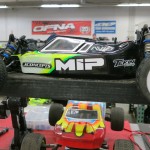 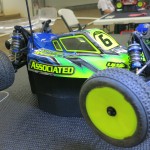 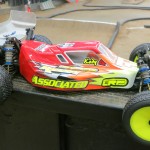 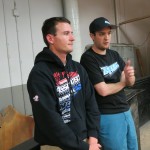 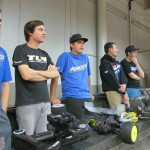 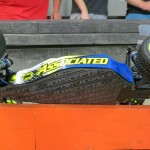 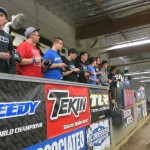 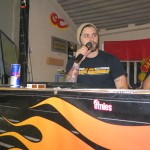 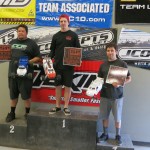 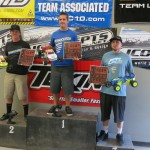 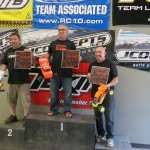 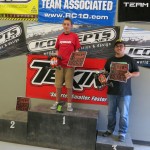 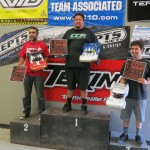 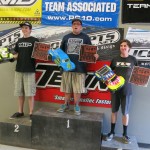 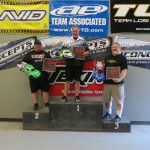 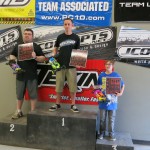 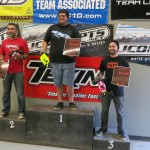 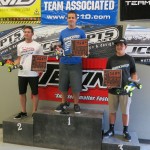 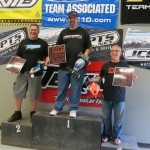