The 2012 GP Montpellier was by all accounts, a cool race. Unseasonably cool temperatures blanketed the region, bringing the temp, and the wind chill to extremely chilly conditions. None of which was in the control of the host track.

What was in their control, they did well. A large car park, all covered in gravel. A large pit area with three sections under roof, with permanent tables throughout, also with a gravel base. A friendly track dog, a mix of lab-pointer, was everyone’s friend. When he barked, I had no idea what he said, hey!, it was in French. Ha! Also, the track had nice signage, to let any visitor know where to be, and what to see. Also a well staffed, friendly concession stand that was cranked up all day long, with the areas specialties. I spent a lot of time there. To recap the weekend, controlled practice on Friday, giving every driver four 5 minute heats. Saturday was three rounds of qualifying, using the best two out of your three rounds. Track time was crucial due to the limited amount of laps. Team Associated showed with a strong team, newly signed French fan favorite, Yannick Aigoin, British driver Neil Cragg, and US’s very own Ryan Maifield, along with a good group of French’s AE team, all pitting in the same location. With banners hanging on the fence, it was easy to spot AE’s corner of the paddock. Things were going well for Ryan, as he was getting comfortable on the layout, and the multiple surface circuit. Obviously some form of dirt, some wood planks in the shape of a table top, a rubber like surface on the face of a few jumps, carpet, polished concrete, as in garage floor style, and brick pavers comprised the unique racing circuit. As we learned, it is the complete opposite of a US track. Watching video from last year’s event, the track looked grooved, with a medium amount of traction. Towards the end of qualifying, we learned the traction was as high as it was going to be, and even deteriorate from this point on. After some good qualifying efforts, Ryan was sitting second in the 1/2 semi. There would be a warm up towards race time, since the drivers had not been on the track all day. Well, most drivers. AE’s Neil Cragg had a rough go of qualifying, only finishing one round with a sixth. Obviously on pace, he moved quickly through the field to claim the bump-up. Too quick. As drivers were gathered to watch, there were friendly wagers on what place he would be on the first lap, and on what lap he would take the lead. All in good fun. Unfortunately, his run would end in the semi, with the high speed needle backing out on his engine. After five races, and almost an hour and a half of track time. His day was done. Too bad, his car was looking very good, with the team working well together on a common set up.

In the warm up, we learned the truth about the track. With very little time, a set up change, and a different set of tires were in order. In the semi, a very rough first lap had Ryan in the tail end of the twelve car field. With only 20 minutes to gain a qualifying position, Ryan put his head down, and worked his magic to secure the third place spot with about five minutes to go. Good enough to place him fifth on the grid for the hour long A final.

With a poised pit crew Ryan was in good position to make a run in the A-final. A poor start combined with some setup changes that didn’t take well to the super cold conditions left us with little confidence in the early going. Ryan recovered from a poor start and made his way up into contention and within the top 5 but by this time the leaders were gone. A sudden ghost flame-out dropped us back into the pack even further which eliminated our hopes of a great finish. Ryan finished the race showing a lot of speed and endurance but it just wasn’t our day. Congratulations to the winner and podium drivers.

A special Thanks to Yannick, our French AE teammate, interpreter, and host. The British crew of Neil Cragg, pit man Mick Cragg, and Craig Dresher. As well as the host track of Montpellier, and the host city. It was a very well ran event, in a very nice setting. Yeah, yeah, yeah 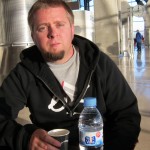 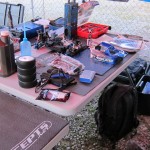 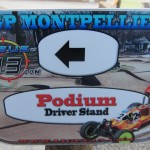 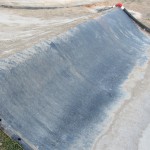 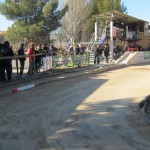 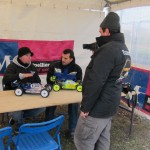 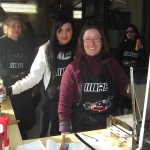 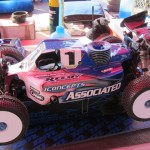 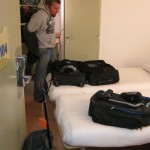 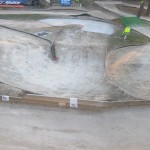 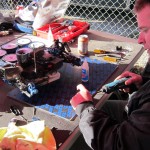 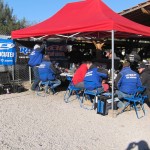