The 3rd annual JConcepts Summer Indoor Nationals rolled into Outback Raceway in Chico, California. The 3rd leg of the 2012 series turned out to be a record setting event with over 250 entries packing the facility which combines Outback Raceway and partially into the A-main Hobbies Warehouse. Ruben Benitez and crew built an amazing track layout, maintained the surface with water and kept things challenging for even the best drivers in attendance. The surface just improved over the weekend as it smoothed out and the jumps began to roll and pack into place. The clay track surface produced a lot of grip an especially with the JConcepts gold compound tires. By the end of practice is was obvious that this was the biggest race ever at the Chico facility and drivers pushed hard to dial into the perfect setup.

As the racing rolled into the night, round 3 was decisive. Tanner Denney took full advantage of great starts and put down his best runs of the weekend. Tanner took the 2wd and 4wd modified TQ with blistering runs, running JConcepts Gold Bar Codes on both AE vehicles. Tyler Vik edged out Brent Thielke and took his 2nd TQ round in the modified truck class. John Walentia TQ’ed round 3 of the 2wd SCT modified class while Matt Olson continued to pour it on taking another TQ in the 4×4 SCT Class. With many overall TQ’s still up for grabs, round 4 would weigh heavily on the drivers. Tanner Denney wrapped up overall TQ in 3 classes with round 4 TQ runs in the 2wd, 4wd and 2wd SCT modified classes. John Walentia TQ’ed the last round of modified truck and tied for overall TQ with Tyler Vik. By the virtue of faster combined times, Tyler Vik took the overall TQ. Matt Olson put a finishing touch on qualifying with his 4th straight TQ run placing himself on the pole position for Sunday afternoon.

2wd modified was the first class to take the track and TQ Tanner Denney lined up just behind the drop-off to pursue his first win of the day. Tanner maintained a good start and held the inside line until the center off-camber section where he got slightly onto the pipe allowing Steven Hartson to slip by into the lead. Steven looked calm and cool out front as he powered down with his JConcepts equipped B4.1 WC buggy and stretched a nice lead. Tanner recovered and gained the 2nd position pretty quickly and began a charge to catch Hartson. Steven would not be denied and ran an error free 8 minute race a nearly lapped the entire field in the process. Steven crossed the finish with a well deserved 1st place, Tanner Denney took 2nd and John Walentia 3rd. Tanner and Steven both ran JConcepts Gold Bar Codes on their race buggies.

Truck modified was next up in the queue. Tyler Vik got a great start from the TQ position and maintained a steady pace up front increasing his gap to around 7 seconds. The battle was on for 2nd place between John Walentia and Brent Thielke and Brent emerged with a small cushion in 2nd. Tyler was out front cruising with his T4.1 and made very little mistakes. John closed the gap on Brent and the 2 drivers raced it out in the closing laps with Brent narrowly taking the 2nd position in a race to the finish line. Tyler Vik claimed 1st place, Brent Thielke 2nd and John Walentia 3rd.

Spectators lined the track for the start of the 4wd modified A-main. Tanner Denney made a small bobble on the first lap allowing Curtis Door and Tyler Vik by and into 1st and 2nd. Steven Hartson was collected in the pile-up and was forced to work his way up toward the front. Tanner recovered quickly and showed his speed by catching Vik and eventually moving into the lead. Denney was out front and stretching the lead and Tyler remained in 2nd until a mechanical issue forced him out. Everyone moved up including Eric Albano and Steven Hartson who had their own battle going on for the 3rd position. Back out front it was Denney stretching an even larger lead, opening quite a distance to Curtis Door who had a lock on 2nd place. The contest for 3rd heated up, Hartson avoided a turn-marshal on the last lap allowing Eric Albano to slip past taking 3rd overall. Tanner Denney crossed for a well deserved 1st place, Curtis Door 2nd and Eric Albano 3rd.

Everyone anticipated great main events but up until this point the contest for victory had been short lived. Everything changed during the 2wd SCT modified A-main where Tanner Denney got a great start and held a small lead over Cody Turner and John Walentia. Tanner made a mistake which allowed Cody to pass but within several laps it was John Walentia in the lead after crashes by Tanner and Cody opened the door for John. Tanner emerged in 2nd and attempted to catch John who was just out front and cruising. Tanner put down some great laps and got an assist as John needed some help from a turn-marshal and then the race for the lead was on. For the last 2 minutes the drivers exchanged the lead on numerous occasions and Tanner made a pass stick with very little time left which he held to the finish line for his 2nd victory of the day. John Walentia finished 2nd and Eric Albano 3rd.

The last main of the day immediately lined up, checked in and gridded. The 4×4 SCT modified drivers were off and running and Matt Olson took his usual lead and drove extremely smart up front. Steven Hartson worked his way around Chad Bradley, moved into 2nd and attempted to run down Matt Olson. Just as Steven started to look comfortable and perhaps challenge Olson, his truck went down to a mechanical problem. Olson was gone, checked out and completed the 8 minute main with few mistakes taking a well deserved 1st place. Steven Hartson fixed his issue and got back into the race to hold onto 2nd place while Jason Moberly ran smooth and consistent and finished 3rd overall. Matt equipped his MIP Pro4mance Losi SCT-E with JConcepts Pressure Points in gold compound front and rear mounted on Hazard wheels.

The trophy presentation was held with the top 3 drivers from each class receiving A-main Hobbies gift cards ranging from $75 all the way to $200 online credit toward future purchases. A large raffle was held where prizes from all contributing sponsors were handed out to many lucky winners. A very special thank you goes out to Outback Raceway, Ruben Benitez, A-Main Hobbies, Kendall Bennett and the entire crew on an outstanding event. As a group, we are all looking forward to 2013 and the 4th annual event. 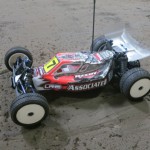 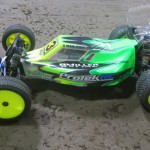 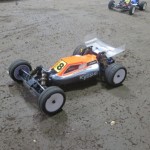 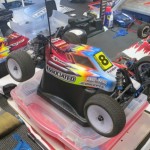 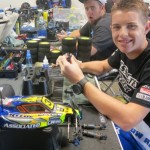 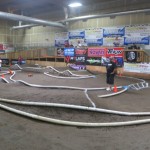 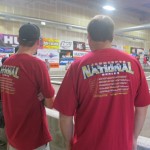 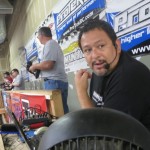 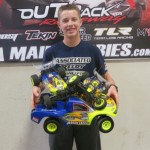 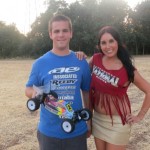 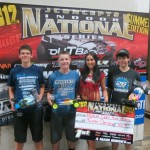 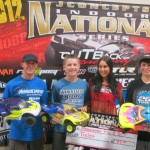 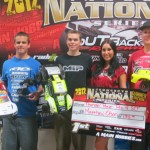 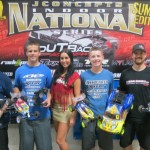 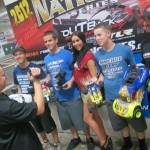 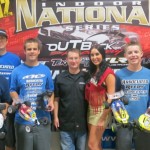 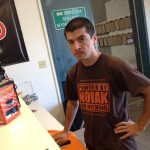 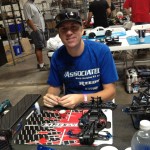 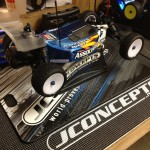 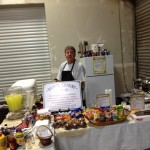 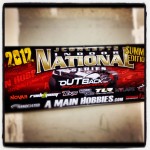 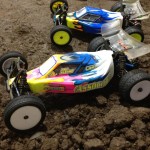 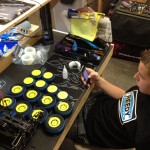 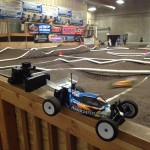 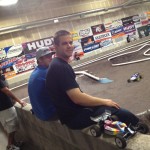