The final day of the 2012 European Championship is upon us, and is much of the same. Final preparation of the cars, mounting up tires for the semi finals and on to the A final, hopefully. Most of the top drivers are glueing tires for both, in a few tread designs because of the uncertain weather, sometimes in a few different compounds. Walking through the pit buildings, you can tell who is in the semi. A pit table full of tires in various stages of completion.

As the other finals are being ran under sunny conditions, there is a dark sky looming in the background, and unfortunately, heading towards the town of Fehring. With three races before the semi practice session, the skies opened up with a rain shower. True to European racing, the show must go on. Never missing a beat, the races ran right through with only the turn marshals and pit men getting the worst end of it. As the shower passed, the sun came back out and the track was getting dry enough where drivers in the semi were actually going to run practice, rather than skip it due to the quick turn around for the actual race.

Under different conditions than any time this week, the track seemed very similar, but with a little less overall grip. Early in the A side of the semi finals, Durango/JConcepts driver Jörn Neumann was running in his qualifying spot of 5th when he was peeled at the worst spot for turn Marshall location and dropped down to 12th. Moving back through the field, he was again peeled, with two referees in the drivers stand, he didn’t get any attention. With all of the drivers running about the same lap times, it was too late for Neumann to make any real progress towards a transfer spot and at the tone, his week was over.

The finals came down to a battle of the fastest car of the week, with a problem in the semi dropping him back to a mid pack starting position, or the driver with P1. As the race wore on, it seemed like the advantage was going to the faster car. With the laps winding down, the two cars only a few feet apart, contact was made. The offender waited for the leader to regain his spot. A clean pass was made, then a display of poor sportsmanship was displayed. In the end, the faster car of the week won the event and a great victory for Great Britain’s Darren Bloomfield.

In closing, the Fehring circuit is an amazing facility and the club did an excellent job of hosting the event. I wish the races of the US were ran to this standard. Of the pageantry, to scheduling, to tech inspections, to atmosphere. Our layouts, and challenging tracks are better. But it stops there.

Thank you to the village of Fehring. The Fehring RC club. All of the participants, and my guides of the week, Jörn Neumann, and Hupo Honigl. 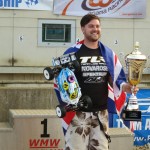 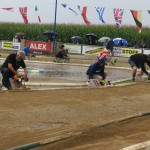 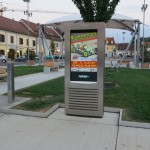 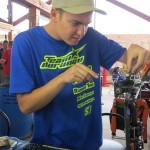 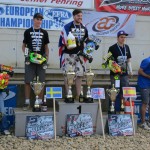 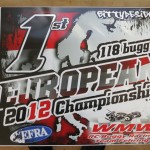 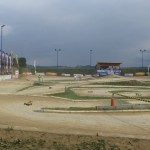 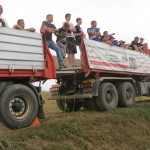 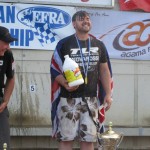 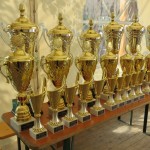 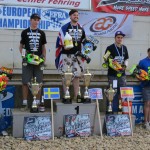